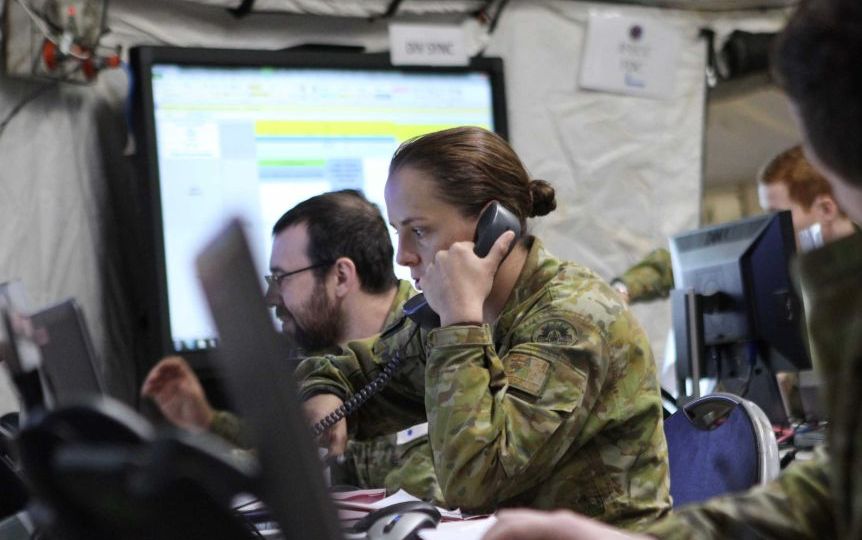 A defence force boost will mean a total permanent workforce of more than 101,000 by 2040. Photo: ABC North Qld

A boost to Australia’s defence force is crucial in dealing with rising uncertainty in the Indo-Pacific and growing global uncertainty, according to Treasurer Josh Frydenberg.

The nearly $40 billion expansion of the Australian Defence Force’s workforce will mean an increase of more than 18,000 people, eventually taking the total to more than 101,000.

The plan will be unveiled by Prime Minister Scott Morrison and Defence Minister Peter Dutton later on Thursday.

Federal Treasurer Josh Frydenberg told the Nine Network the increase would not be first or last contribution the government would make to the defence force.

“This is on top of the additional spending that we’ve done on the latest weapons systems and our major defence capability plan with new ships and new aircraft.”

Mr Frydenberg said the boost to the defence workforce would run alongside partnerships such as the AUKUS alliance and the Quad.

“All of which put Australia at the top of the table with an ability to influence outcomes,to swap notes and, in the case of AUKUS, to exchange and access the best technology available,” Mr Frydenberg said.

“[AUKUS] is certainly on [China and Russia’s] radar because what it does do is put Australia in partnership with two very important, strategic allies in the United States and the United Kingdom.”

“Our world is becoming increasingly uncertain so it’s important we take steps now to protect our people and our national interest over the coming decades,” Mr Morrison said.

“You can’t flick a switch to increase your army, navy and air force overnight. Growing the type of people and skills we need to face the threats of the future takes time, so we must start now so critical skills can be taught and experience gained.”

The federal government has also committed to increasing the defence workforce by around 800 ADF personnel, 250 public servants and additional Australian Signals Directorate employees in the four years to 2024.

Capabilities associated with the trilateral AUKUS security partnership will become a focus for the expansion.

“We need to wake up here, what is going on around the rest of the world, we need to start making sure that our nation is secure,” she said.

“They need to go back and see what they civilianised in the 90s and replace those jobs with people in uniforms. If they start from there, we will have a great result.”

COVID boosters: When Australians might be able to get their fourth jabs
Anthony Albanese: It’s time to seize a once-in-a-generation opportunity
Today's Stories

Defence to boost to 100,000 strong workforce