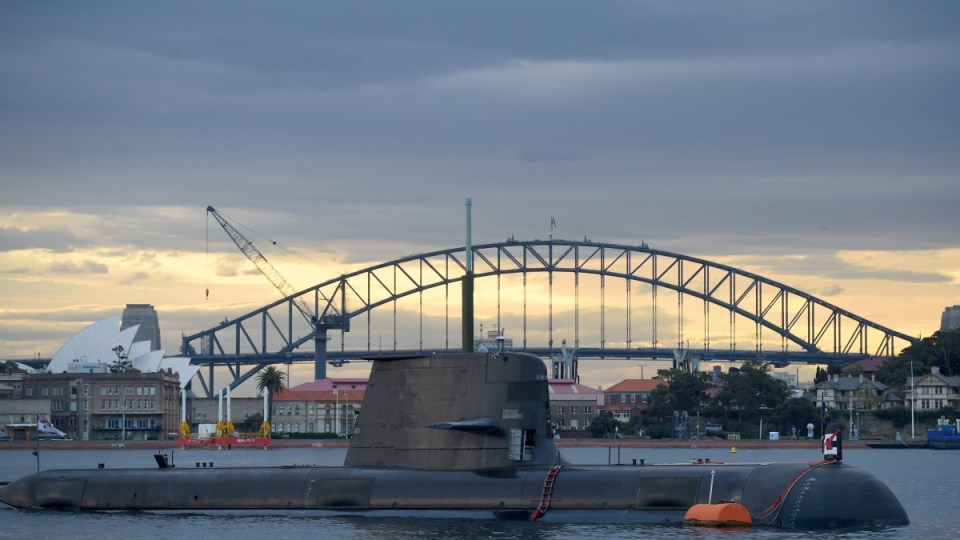 Defence officials are looking at Brisbane, Newcastle or Port Kembla for a new base for submarines. Photo: Getty

Australia acquiring nuclear-powered submarines is the worst thing the country could do in the face of rising global tensions, according to former PM Malcolm Turnbull.

As Prime Minister Scott Morrison prepares to unveil plans for an Australian nuclear submarine base later on Monday, his predecessor said acquiring the submarines as part of the AUKUS deal was an “abandonment of sovereignty”.

“It’s going to result in us having nuclear submarines, if it ever comes to pass, that we not only can’t build, can’t maintain and will not be able to operate on our own,” he told ABC Radio on Monday.

“It’s exactly the worst things that we should be doing in the face of the threats we face.”

Mr Morrison will on Monday tell a Lowy Institute forum that defence officials have been tasked with talking to the NSW and Queensland governments on setting up a multibillion-dollar nuclear-submarine.

Sites at either Newcastle or Port Kembla in NSW or Brisbane are being considered as possible locations.

The base will be for visiting nuclear submarines as well as Australian vessels.

The three potential sites have been chosen because of their proximity to industrial infrastructure, large population centres, deep water, maritime training and weapons storage and loading facilities.

Initial work is set to be completed by the end of 2023.

Fleet Base West in Western Australia will remain home to the current Collins class and future nuclear-powered submarines, given its strategic importance on the Indian Ocean.

“[But] establishing a second submarine base on our east coast will enhance our strategic deterrent capability, with significant advantages in operational, training, personnel and industrial terms,” Mr Morrison will say.

Mr Morrison will tell the forum the “unprovoked, unjust and illegal war” launched by Russia in Ukraine was a sign of a “new arc of autocracy” seeking to challenge and reset the world order.

“We face the spectre of a transactional world, devoid of principle, accountability and transparency,” he says.

Opposition Leader Anthony Albanese said federal Labor had not been briefed on the submarine proposal.

However, while he supported nuclear-propelled submarines, Mr Albanese said he was yet to hear how the submarine industry in Adelaide would be affected.

“In today’s drop to the newspapers, I was looking for the word ‘Adelaide’ anywhere, given that Adelaide has really suffered substantially by the government’s decision,” he told Adelaide radio station 5AA.

“There were immediate job losses there, and I couldn’t find (Adelaide) anywhere in the announcement … but we have not received the courtesy of a briefing in advance, so therefore, I’m not going to sign off automatically on that detail.”

South Australians vote in a state election on March 19, with defence jobs a key issue.

“This has the potential to span multiple governments and so we’d expect to be briefed on it,” he said.

“What we don’t want to see is another big announcement made before an election that’s stuffed up afterwards.”

Mr Turnbull said the government was using the submarine deal as a political wedge against Labor ahead of the federal election.

He said it was unlikely there was any way the subs’ design or construction details could be released in a credible way before the election, which is due by May.

“We are literally on the eve of an election, and rushing decisions which are meant to take 18 months into a six-month timeframe to save an election is just as transparently political,” he said.

“It makes us less self reliant and it undermines our national security.”