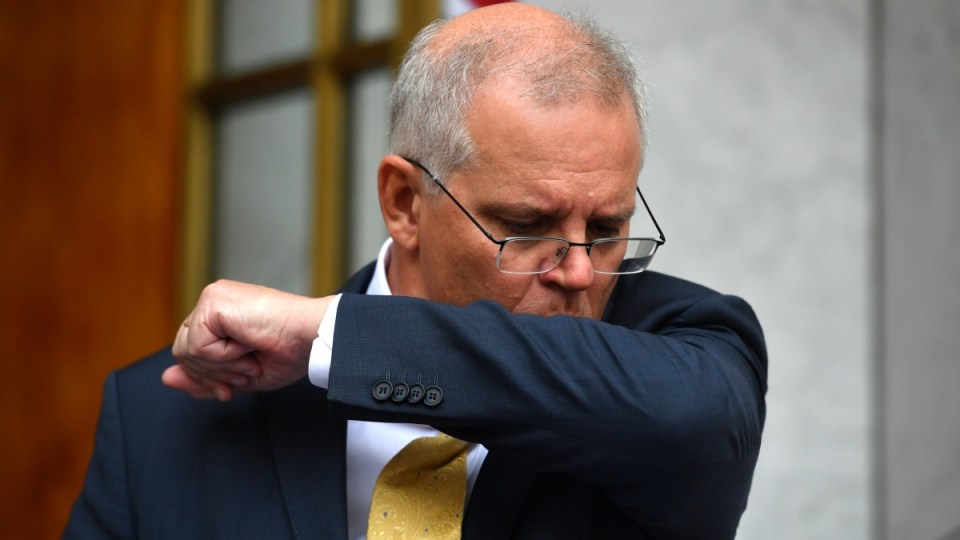 Prime Minister Scott Morrison has released a video statement from his COVID isolation, as a second government minister confirms he also has the virus.

“I am only experiencing any significant symptoms, only a mild headache,” he said.

“I will continue to fulfil  both my ministerial and electorate responsibilities while isolating in Canberra, before returning to Western Australia.”

Mr Morton represents the southern Perth seat of Tangney. It is not known where he caught the virus.

NSW Opposition Leader Chris Minns also confirmed on Wednesday that he had COVID.

Shortly before Mr Morton’s announcement, a slightly croaky-voiced Mr Morrison released a statement via Facebook in which he thanked Australians “for their very kind wishes” for his health.

Mr Morrison said his wife Jenny and the couple’s daughters remained negative for the virus. They will remain in isolation for seven days as close contacts.

He remains focussed on the floods crises in Queensland and NSW and the Russian invasion of Ukraine.

“Over the morning, we’ve been straight back into the briefings on what’s been happening with the floods,” he said in Wednesday’s statement.

Also on Wednesday, Defence Minister Peter Dutton, who was alongside Mr Morrison during a lengthy press conference in Canberra on Tuesday, said he had tested negative.

“[Mr Morrison is] determined to work from home, and he’s got a secure video network set up there,” Mr Dutton told Sky News on Wednesday.

“All Australians wish him a speedy recovery,” he said in Brisbane.

“On behalf of the Australian Labor Party, we certainly wish the Prime Minister to be back on deck and fully fit and healthy as soon as possible.”

Queensland Premier Annastacia Palaszczuk, who was with Mr Morrison in Brisbane earlier this week, said she hoped he recovered soon.

“It just goes to show that COVID is still out there,” she told ABC television.

“Thankfully, when I met with him it was very short and we both had our masks on. In our job, we meet lots of people all the time.”

Nationals Senator Matt Canavan said COVID-19 had taught almost everyone how to do their job virtually.

“There is no perfect time for these things to happen, but we’ve all got used to over the past couple of years doing things via Zoom and other technologies,” he said.

“I’m sure the PM will do everything he can remotely to coordinate, help and assist.”

Mr Morrison cancelled plans to join NSW Premier Dominic Perrottet on Tuesday night to watch the Opera House being lit up in the colours of the Ukrainian flag.

He did met Nauru President Lionel Aingimea in Sydney earlier on Tuesday.