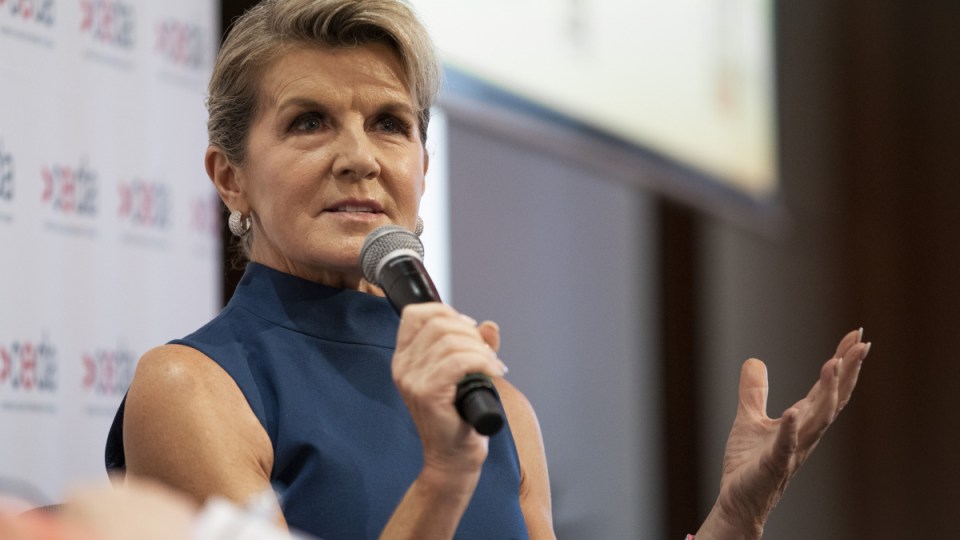 Former foreign minister and deputy Liberal leader Julie Bishop says national security shouldn’t be a political issue as the Coalition ramps up its attacks against Labor.

Prime Minister Scott Morrison and Defence Minister Peter Dutton have been leading the charge against the opposition, saying Labor is weak on national security and soft on China.

On Tuesday, Ms Bishop said national security should be a non-partisan issue and politicians should heed the warnings of security heads calling for it to remain bipartisan.

“You can have a debate about it and there can be differences at the edges, but overall it is in Australia’s national interest for this not to be a political issue,” she told the Nine Network.

“There should be long-term stability and certainty on the issue of national security. I think everyone needs to lower the temperature.”

Ms Bishop said she would accept the advice of ASIO director Mike Burgess, who said it wasn’t helpful for the intelligence agency when national security was brought into the fray.

“[Scott Morrison] is saying these things because he is desperate to ensure he wins some political point-scoring,” she told the ABC.

“The fact is, we all know Australians have come to know the Prime Minister is a man who’s prepared to tell lies [and] is obsessed with political game-playing rather than doing his job.”

But Mr Morrison and the Coalition have been keen to point out Labor’s funding record on defence and national security when it was last in government.

“When Labor was in government, they cut all of those things – defence, intelligence, Australian Federal Police, border protection,” Mr Morrison told a Tasmanian radio station on Monday.

“It’s not an area where Australians should be unaware of the differences. We set a high bar for bipartisanship and Labor don’t measure up to it.”