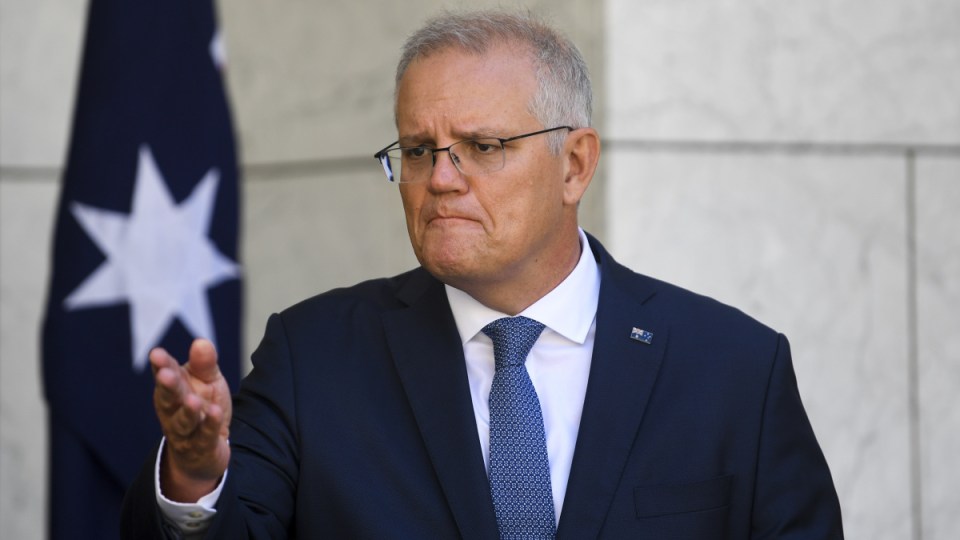 Scott Morrison has refused to elaborate on what aid Australia might provide to Ukraine. Photo: AAP

Prime Minister Scott Morrison has declined to elaborate on what potential military aid to Ukraine would look like, despite ruling out boots on the ground as Russian troops continue to amass along the border.

Ukraine’s foreign minister Dmytro Kuleba said he discussed opportunities for Australia to provide military-technical support with Foreign Minister Marise Payne after their meeting on the sidelines of a security conference in Munich.

“Grateful to Australia for standing by Ukraine at this tense time of the security crisis created by Russia,” Mr Kuleba wrote on Twitter following the talks.

Defence Minister Peter Dutton said there was scope to provide more support to Ukraine through “basic equipment” and Australia would look at each request from the country.

“But we need to be realistic in these circumstances as the troops amass and the ships are on a particular course and now occupying the Black Sea,” he told the ABC.

Mr Morrison declined to elaborate on the remarks on the foreign ministers’ meeting on Monday morning, saying it would be inappropriate to comment on “very sensitive matters”.

“We are working very closely with our partners right across the region in Europe and more broadly [and] that involves the actions and sanctions we will take should Russia follow through on their threats of violence and intimidation on Ukraine,” he said.

“The threats against Ukraine are uninvited, unprovoked, unwarranted and unacceptable.”

“We cannot have a situation where any authoritarian regime and autocratic power can go and seek to use bullying and intimidation as a way of extracting an advantage,” he said.

“We see this in our region [with] a Chinese naval vessel using a laser to target Australian Defence Force surveillance aircraft. This is completely unacceptable.”

His comments came just hours after Mr Dutton said it was difficult to see how Russian President Vladimir Putin hadn’t given troops the order to invade Ukraine.

Some reports indicate there are more than 150,000 Russian troops on the border, with a further 30,000 in Belarus to Ukraine’s north, providing Russia with a shorter path to Ukraine’s capital Kyiv.

Speaking after reports from US intelligence and warnings from British Prime Minister Boris Johnson the conflict would be the biggest war in Europe since 1945, Mr Dutton said invasion seemed inevitable.

“Troops continue to build up, the presence of the ships in the Black Sea, the cyber attacks, the false flag activity, it’s all pointing in one direction sadly,” he told the Nine Network.

“We just don’t want to see women and children as the victims of another war, but it seems that is the path that Vladimir Putin is set on embarking.”

Mr Dutton said any conflict would have a knock-on effect for the world and while there were hopes of an 11th-hour reprieve: “There is no sign of one yet”.

There has been sporadic shelling between the divide of Ukrainian government forces and Russian-backed separatists, with US Secretary of State Antony Blinken saying Russia is on the brink of invading.

Australia then joined the US and Britain in officially attributing malicious cyber activity against Ukrainian banks to the Russian Main Intelligence Directorate, known as the GRU.

Australia will continue to provide Ukraine with cybersecurity assistance and further security training for Ukrainian officials in light of the February 15 and 16 attacks.

Home Affairs Minister Karen Andrews said Australia was also reviewing what visa support it could offer Ukrainians if conflict did break out.

“There are ways that people can indicate that they wish to come to Australia and resettle [and] that is through our humanitarian programs. That is what will be our focus,” she told the ABC.