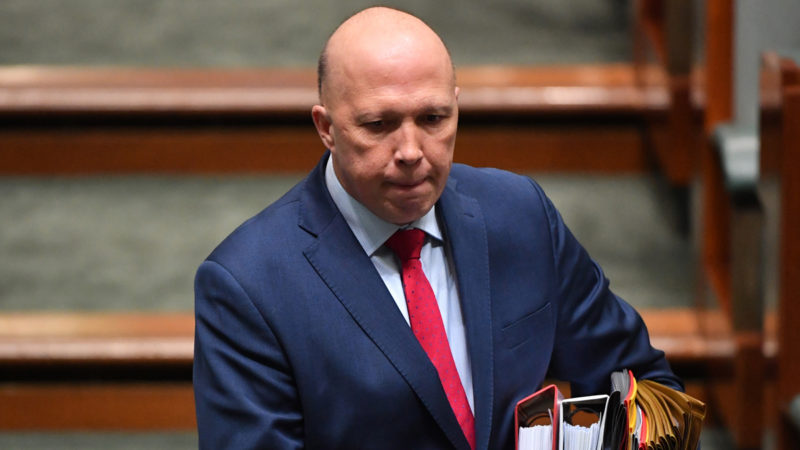 Mr Dutton gave no evidence for his allegations. Photo: AAP

Defence Minister Peter Dutton has repeated claims that the Chinese government has chosen Labor leader Anthony Albanese as its preferred prime ministerial candidate ahead of the upcoming federal election.

Mr Dutton made the original allegation in federal parliament on Thursday, claiming there was “evidence” of the Chinese decision.

When asked about the remarks on ABC Radio on Friday, Mr Dutton did not provide his evidence, but said there was “open-source information” about it.

“There’s no doubt in my mind about the statement that I made yesterday,” Mr Dutton said.

“There needs to be a greater awareness, frankly, particularly from the Labor Party about the engagement of people who don’t have our national interest,” he added.

Despite the comments drawing criticism as being inflammatory or unfounded, Mr Dutton said the situation with China had changed in the past decade.

“If you look at the facts in this case, I think certainly from what I see, both open source and other intelligence, that I see it’s a statement of the obvious,” he said.

“We’re dealing with a very different China, the Chinese government or the Communist Party now than they were five or 10 years ago.”

“There is no one who takes national security more seriously than Anthony Albanese, in relation to the threat that China represents for the country,” he told the Nine Network

Condemnation also followed from Mr Turnbull, who likened the allegation as to “reds under the bed” fear mongering.

“I’m worried (the election) is going to get uglier … (Prime Minister Scott) Morrison should try to pull Dutton back in on that, it has no basis in fact.”
Talks about China are set to dominate discussions at Friday’s Quad meeting of foreign ministers in Melbourne.

Australian Foreign Minister Marise Payne will meet with US Secretary of State Anthony Blinken and Japanese and Indian counterparts.

When asked about Mr Dutton’s comments, Senator Payne said making tough decisions on national security was a priority for the government.

“It does require a consistent and measured approach at all times,” she told ABC Radio.

“I think the point the prime minister and defence minister were making is that that hasn’t always been demonstrated by the opposition.”

The vegetables that can protect you against air pollution
Morrison ‘misled’ on religious bill: Peter Dutton
Today's Stories