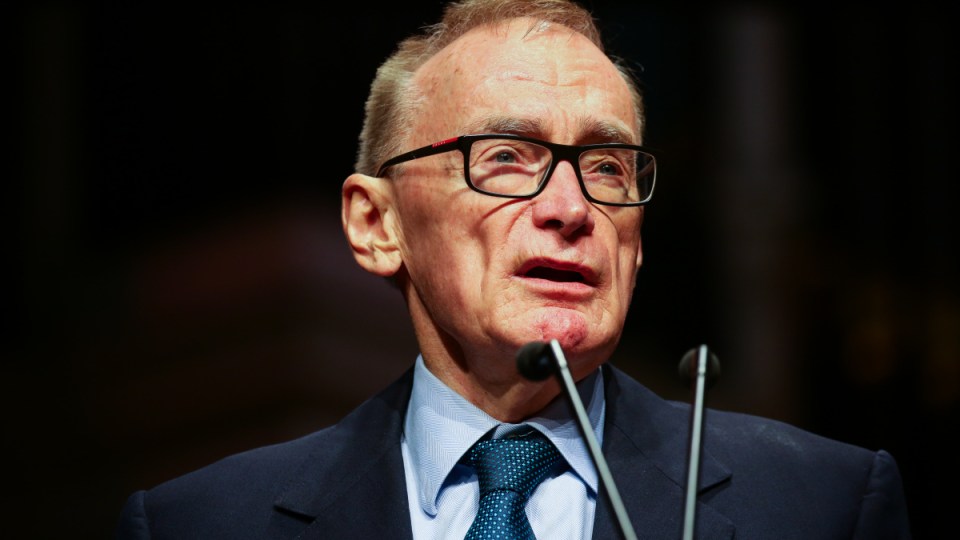 Mr Carr, who was also a Labor foreign minister after state politics, made the claim in a social media post on Sunday night.

“Bob Carr’s tweet is baseless, untrue and should be deleted,” Mr Dutton tweeted a little over an hour after the allegation was made.

But Mr Carr doubled down on his claims on Monday, with another tweet asking “who has most to gain from undermining further a flailing PM?”.

The basis for Mr Carr’s claim is not known but it is certain to breathe life into the story about the text messages, which has dominated the news cycle since its airing last week.

Van Onselen queried the PM about the alleged exchange at the National Press Club on February 1.

“The minister who shared the text with van Onselen and gave permission to use it was Peter Dutton,” Mr Carr wrote in a post to Twitter on Sunday.

“If PM Morrison has one more week in free fall the prospect of a leadership change pre-election is real. Party rules don’t count if most MPs think you will lead them to defeat.”

Van Onselen reported on a record of text messages in which Ms Berejiklian allegedly called Mr Morrison a “horrible person”, while an unidentified cabinet minister described him as a “fraud” and “complete psycho”.

The New Daily has not independently verified the existence of the text messages, which van Onselen said dated back to the 2020 Black Summer bushfires.

Ms Berejiklian has said she has no recall of such an exchange.

In an appearance on the ABC’s 7.30 program on Thursday, Mr Dutton denied any involvement in leaking the text messages.

“No, I’m a Queensland cabinet minister,” Mr Dutton said when asked if he was responsible for the leak, suggesting he would not have been close enough to Ms Berejiklian to engage in such conversation.

“There’s doubt about all aspects of this [story].

“I’ve known Scott Morrison for my time in Parliament.

“I think that the petty discussions put to one side, most Australians see that they’ve got a prime minister who is human like the rest of us, doesn’t get everything right, but dedicates himself each day to get us through the realities of COVID.”

Both Mr Dutton and Mr Carr have been contacted for comment.

Former prime minister Malcolm Turnbull had earlier given a different response to the same program.

“Clearly whoever authorised Mr van Onselen to release that did not have Scott Morrison’s best interests at heart,” he said.

“I will name the culprit.

“It was Colonel Mustard, in the library with a smartphone.”