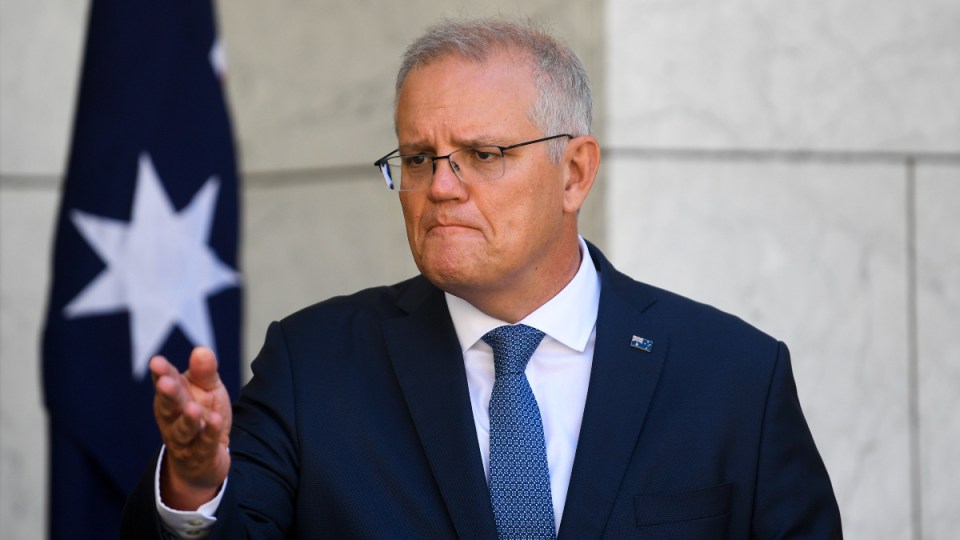 Prime Minister Scott Morrison insists he’s “not fussed” about learning the identity of the federal cabinet minister who labelled him “a complete psycho” in an explosive text exchange with former NSW premier Gladys Berejiklian.

The hunt was on on Wednesday for the outspoken minister – who has not been named but is said to be a current member of Mr Morrison’s cabinet.

Mr Morrison also defended his relationship with Ms Berejiklian after she insisted she had no recollection of the text exchange – during which she reportedly described him as a “horrible, horrible person”. However, she did not specifically deny making the comments.

On Wednesday, on a second day of questions about the damning texts, Mr Morrison said he welcomed Ms Berejiklian’s “kind comments” after she released a statement expressing her “very strong support” for him.

“I’m not fussed,” Mr Morrison said when asked if he had sought an investigation into the unnamed minister’s identity.

Asked whether he was confident the minister was not part of his cabinet, the Prime Minister said: “Yes.”

Pressed on why, he said only: “I have confidence.”

But Network Ten political editor Peter van Onselen, who revealed the text exchange, said the minister was still in federal cabinet. He has repeatedly refused to reveal their identity.

“I know a lot of people want to hear it because they think it’s unfair to Gladys Berejiklian because she has been named,’’ he told ABC radio on Wednesday.

”It’s as simple as this. The Minister is the source. I didn’t get these from a third party. I’ve got the screenshots. As a consequence, the deal done is that I wouldn’t out the Minister.

Mr van Onselen is a long-time friend of former attorney-general and industry minister Christian Porter, who moved to the backbench last year.

Network Ten has reported the text messages, which have not been publicly released, are from the time of the Black Summer bushfires. In one, Ms Berejiklian said she did not trust Mr Morrison and he was “actively spreading lies”.

“Lives are at stake today and [Scott Morrison] is just obsessed with petty, political point scoring,” she said, according to the network.

The cabinet minister in the exchange described Mr Morrison as a fraud and “a complete psycho”.

Earlier, NSW Treasurer Matt Kean – a previous critic of Mr Morrison – insisted he “played no part in the ambush on the Prime Minister”.

“It was not me and I’m quite frankly appalled by the whole episode,” he told Sydney’s 2GB.

Deputy Labor leader Richard Marles said the messages showed how Mr Morrison’s relationship with others was framed by politicking.

“If there is a political fight to have, he will do that. That’s why he’s failed to get the country together during the course of the pandemic,” Mr Marles told Sky News.

“I don’t think there’s ever been a point we’ve seen a greater sense of division within the country than under Scott Morrison’s leadership.”

“I have always found the Prime Minister to be a thoroughly decent man,” Mr Perrottet said.

“To have news now reported from unsubstantiated text messages I think is terrible. We should be asking the Prime Minister about policy.”

“It is completely unfair and unjustified, and it says more about the person who leaked the text messages than it does about anyone else referred to in the text messages,” Mr Falinski told Sky News.

“For someone to use that moment of vulnerability against another person and against the subject; that shows a complete failure of character.

“Whoever did it, if that comes out, I just don’t think their position is viable.”

Separately, Mr Morrison laughed off not knowing the price of milk or bread during a grilling at the National Press Club on Tuesday.

“Do you want the rye bread or the multigrain or the sourdough? If we’re going to get onto milk, is it just the ones that come from dairy or almond?” he told the Nine Network when asked again on Wednesday.

“The gotcha stuff from gallery journalists, whatever. I was honest with people yesterday and they know that.”

Morrison ‘not fussed’ after ‘psycho’ label