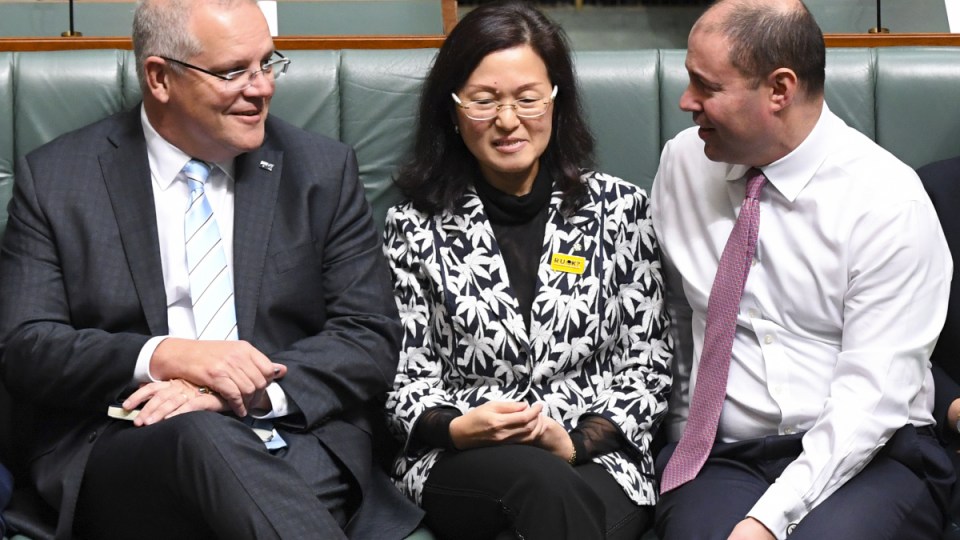 Gladys Liu says she would support a boycott of WeChat over allegations about its handling of the PM's account. Photo: AAP

Members of the federal government have backed a boycott of WeChat after the Chinese social media platform hijacked Prime Minister Scott Morrison’s account.

Mr Morrison’s account on the Chinese social media platform was taken over and rebranded to “Australian Chinese new life” earlier this month, according to the Daily Telegraph.

Chinese-Australian MP Gladys Liu said she would support the boycott, with the platform’s move raising “serious concerns of political interference”.

“In an election year especially, this sort of interference in our political processes is unacceptable, and this matter should be taken extremely seriously by all Australian politicians,” she said in a statement on Monday.

“Because of these concerns, I will no longer be using my official or personal WeChat accounts to communicate until the platform explains itself.”

The Liberal member for Chisholm, in Melbourne’s east, said she would continue to talk to her constituents in Chinese language media.

“Frankly on the way WeChat has behaved, I not only back … encouraging parliamentarians to boycott WeChat but I’d urge all those in Australia to have a second think about using the platform,” he told Sky News.

Liberal chair of the parliamentary intelligence and security committee James Paterson sparked calls for a boycott, after the government directly appealed to WeChat to restore access to no avail.

“A relatively small number [of politicians] are active on the platform and I think that is appropriate given that it is a surveillance and monitoring platform of overseas Chinese,” Senator Paterson told Sky News.

“Now that they are attempting to make a partisan intervention by blocking one side of politics getting out a message on there, it is incumbent on all politicians to get off the platform. No politician should be legitimising their censorship.”

Senator Paterson said the action was sanctioned by the Chinese government and amounted to foreign interference.

“What the Chinese government has done by shutting down an Australian account is foreign interference of Australian democracy in an election year,” Senator Paterson told Sydney radio station 2GB.

“It wouldn’t be at all surprising if those two events were connected.”

When asked about a boycott, Treasurer Josh Frydenberg said WeChat should restore access to Mr Morrison’s account and allow all politicians to use the platform.

“It’s something we would like to see rectified because it’s a method of communication to the Australian Chinese community that is very important,” he said.

“It should be on offer to politicians of all political persuasions, it shouldn’t be a political football. It’s very, very disappointing to see the Prime Minister prevented from having that access.”

Mr Albanese said there was real concern about any national security implications but noted Mr Morrison was yet to speak on the topic himself.

“I’ll be seeing (Mr Morrison) this week because of the Australia Day commemorations in Canberra and I’ll have a chat with him directly,” the opposition leader told Brisbane radio station 4BC.

“National security should always be treated seriously, which is why I’m more than happy to have a discussion with either our [security] agencies or prime minister.”

Mr Albanese noted the Liberals had not contact Labor about the issue ahead of Monday morning media reports, even thought government members had raised questions about his account criticising the government remaining active.

Victorian Premier Daniel Andrews said he had no issues with his own account.

The Stats Guy: What does tourism in Australia look like now that travellers are returning?
Hack of PM’s WeChat ‘state-sanctioned’: Coalition senator
Today's Stories