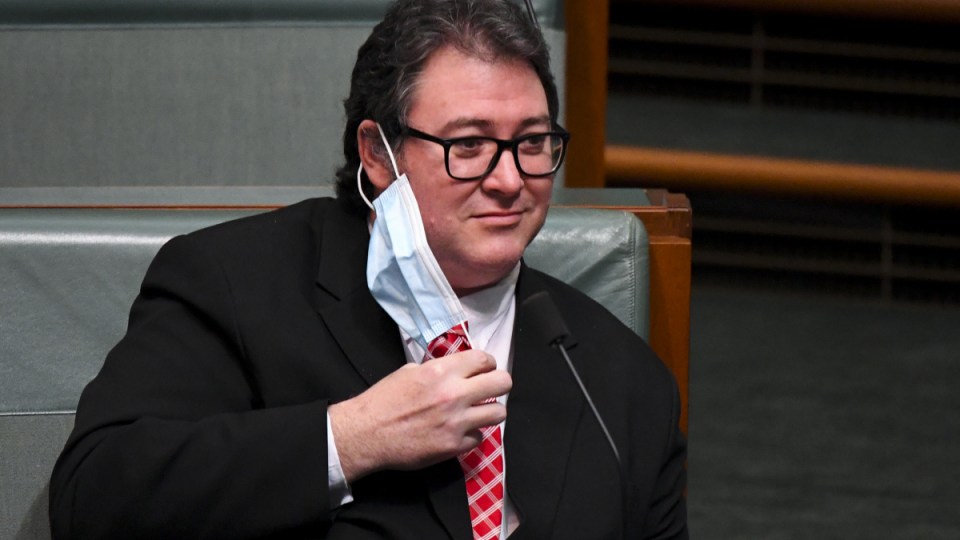 George Christensen has been criticised for taking part in a conspiracy theorist's online show. Photo: AAP

Queensland MP George Christensen is the latest Coalition member threatening to withhold their vote from the government because of COVID-19 vaccine mandates.

Mr Christensen has become the first government MP in the lower house to pledge not to support Coalition legislation, following a growing backbencher rebellion over mandatory vaccines in states and territories.

He said he believed his stance on the issue would lead to personal attacks.

“Until federal action is taken against vaccine discrimination, I will be voting according to my conscience, or abstaining from votes … rather than just voting with the government as MPs usually do,” he said in a statement.

“I intend not to be beholden to party room discipline when voting in the House of Representatives.”

It comes after five government senators – Gerard Rennick, Alex Antic, Matt Canavan, Sam McMahon and Concetta Fierravanti-Wells – crossed the floor of the upper house on Monday to support a One Nation bill to end vaccine mandates, which was defeated in the Senate.

However, Mr Christensen is the first lower house member to publicly state he will withhold support, which would threaten to turn the Coalition into a minority.

Currently, the government has 76 MPs out of 151, including the Speaker, in the lower house, the minimum number for an outright majority.

Should Mr Christensen cross the floor, the government would need the support of at least one crossbench MP to pass legislation.

Crossbenchers, including Bob Katter and former Coalition MP Craig Kelly, have also indicated they will consider abstaining from votes due to their stance on vaccine mandates.

The Coalition was looking to pass critical pieces of legislation during the final sitting fortnight for the year, including its long-awaited religious freedom laws.

Mr Christensen said he would continue to support the government on supply, as well as confidence motions.

“My support is not guaranteed on bills or substantive motions,” he said.

“When action is taken to stop vaccine discrimination, I will go back to the normal process of voting with the government.”

Australians Kyrgios and Tomljanovic advance at Wimbledon
View from The Hill: Scott Morrison trips on a truth test
Today's Stories