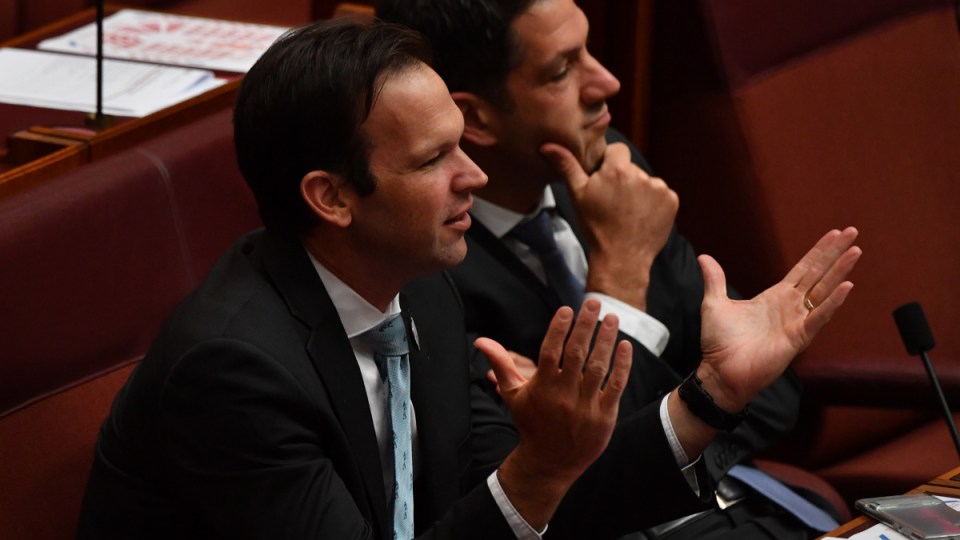 A Coalition senator has threatened to withhold his vote from the government due to his position on COVID-19 vaccine mandates.

Liberal senator Alex Antic publicly pledged to not support government legislation until those who don’t get the vaccine are “given protection from discrimination”.

He is the second government member to withdraw support, following a similar move by Queensland Coalition senator Gerard Rennick.

In a post on his Facebook page, Senator Antic falsely claimed Australians were being forced against their will to get the vaccine.

“It is not reasonable for Australians to be discriminated against based on their decision to submit [or otherwise] to a medical procedure,” he said.

“We must say no to vaccine discrimination.”

It follows a move by One Nation to block all government legislation unless vaccine mandates are opposed.

The party’s leader Pauline Hanson has pledged to “cause so much mayhem” for the government in the Senate.

Parliament will meet for its final sitting fortnight from November 22.

The boycott would mean the government would need the support of three crossbenchers to pass any legislation before parliament rises for the year.

The next election is due by May 21.

While Prime Minister Scott Morrison has not yet announced a day for the 2022 election, he said the Coalition would start the campaign as the underdog.

“That’s not uncommon for incumbent governments, on more than one occasion that’s been the case,” Mr Morrison told Melbourne radio station 3AW on Friday.

“As we get closer to that time, I think people will start to frame their decision.”

While the election won’t held for several months, Mr Morrison and Labor leader Anthony Albanese have toured marginal seats in NSW and Victoria throughout the week.

Mr Morrison is understood to have proposed a commission to oversee election campaign debates.

Mr Albanese challenged Mr Morrison to hold a 20-minute debate in parliament each day during the sitting fortnight, on issues of his choosing.