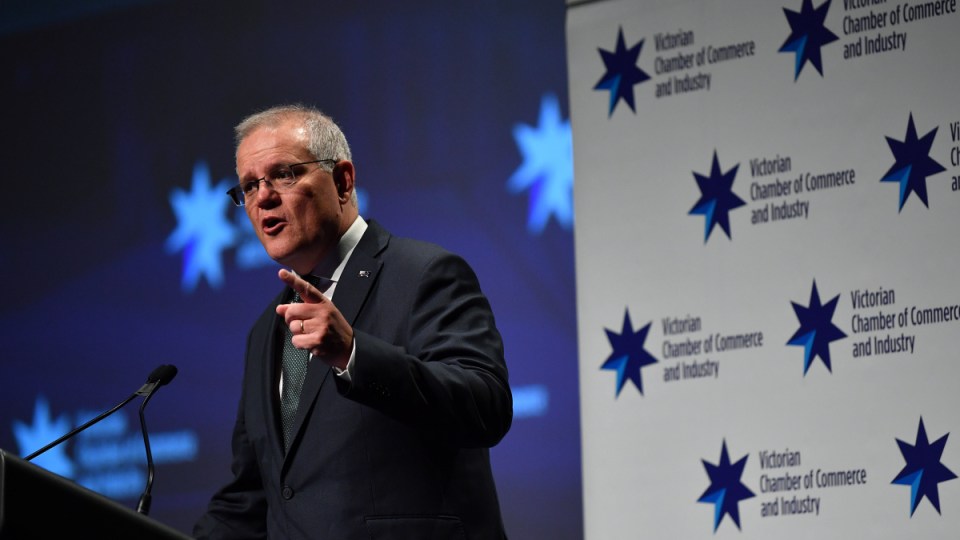 That was the key message from the Prime Minister to business leaders in Melbourne as the government unveiled a $1 billion fund to back low-emissions technology.

The proposed fund would be administered by the Clean Energy Finance Corporation and back small companies considered too small or risky to secure private backing.

The government would provide $500 million in seed capital to the CEFC and expects the other half to come from private investment.

Mr Morrison stressed the private sector, not government, was key to decarbonising the economy.

“Glasgow has marked the passing of the baton from targets and timetables … to private enterprise and the millions of dispersed decisions, flashes of inspiration, which make up consumer-led technological progress,” he told the Victorian Chamber of Commerce and Industry on Wednesday.

“We believe climate change will ultimately be solved by can-do capitalism … [not] governments seeking to control people’s lives.”

“We’re interested in any technology that can commercially bring down emissions,” he told ABC radio.

“We don’t want to pick and choose a technology on some kind of ideological basis – anything that can work. It’s a sensible proposal.”

The government anticipates the fund will invest in direct carbon capture and storage powered by renewables, as well as improvements to batteries, solar panels, soil carbon and livestock feed technologies to reduce emissions.

The government plans to introduce legislation for its fund before the election due by May 2022, challenging Labor and crossbenchers to back the changes.

This is not the government’s first attempt to change the law.

Last year, it flagged a $1 billion expansion of the remits of the CEFC and Australian Renewable Energy Agency to invest in gas and loss-making energy projects.

Carbon capture and storage has been criticised by the likes of mining magnate Andrew “Twiggy” Forrest as an unproven failure.

“We need to look at real jobs, not just green jobs,” he told the Nine Network.

Labor’s climate spokesman Chris Bowen accused the Coalition of being prejudiced against renewable energy while seeking to pick a fight with the opposition.

“Our objections have been the diversion of money for renewable energy into other technologies,” he told the ABC.

The Smart Energy Council labelled the announcement another attempt to prop up the country’s dying coal industry.