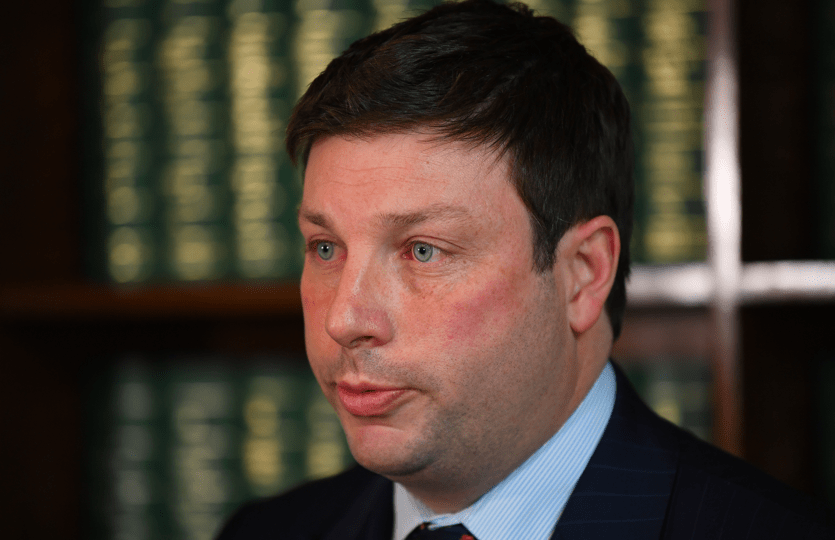 Victorian state MP Tim Smith has quit shadow cabinet after being caught over the limit and behind the wheel. Photo: AAP/James Ross

Victorian Liberal MP Tim Smith has resigned as shadow attorney-general after crashing into a car while driving more than two times the legal blood-alcohol limit.

The outspoken state member for Kew, in Melbourne’s east, said he went to drive home from a dinner with friends on Saturday night believing he was under the legal limit.

But it was a “serious error of judgment” and he returned a positive breath test reading of 0.131, more than twice the legal limit.

Mr Smith has since tendered his resignation from the shadow cabinet, with Opposition Leader Matthew Guy accepting it.

“I apologise to my constituents, my colleagues, my family and the people of Victoria who expect their elected representatives to uphold the highest standards of behaviour,” he said in a statement on Sunday.

Mr Smith’s car hit another vehicle on Power Street in Hawthorn before crashing into a fence just before 9pm, with emergency services called to the scene.

Almost three times over the limit

“The driver of the vehicle, a 38-year-old Kew man, tested positive for alcohol and was taken to a police station where he returned an evidentiary breath test reading of 0.131,” a Victoria Police spokeswoman told AAP in a statement.

“The man had his licence immediately suspended and will receive an infringement notice for exceed prescribed concentration of alcohol.”

No one was injured in the crash.

Despite having no experience as a lawyer, Mr Smith was elevated to the role of shadow attorney-general last month after Mr Guy toppled Michael O’Brien as Victorian Liberal leader.

The former Stonnington council mayor worked for a number of politicians and as a consultant for accountancy firms Deloitte and PricewaterhouseCoopers before being elected to state parliament in 2014.

Mr Smith has been an outspoken critic of the Andrews government and health officials throughout the COVID-19 pandemic, and last week said the coalition would scrap new legislation giving the premier the power to declare a pandemic if it won the next election.