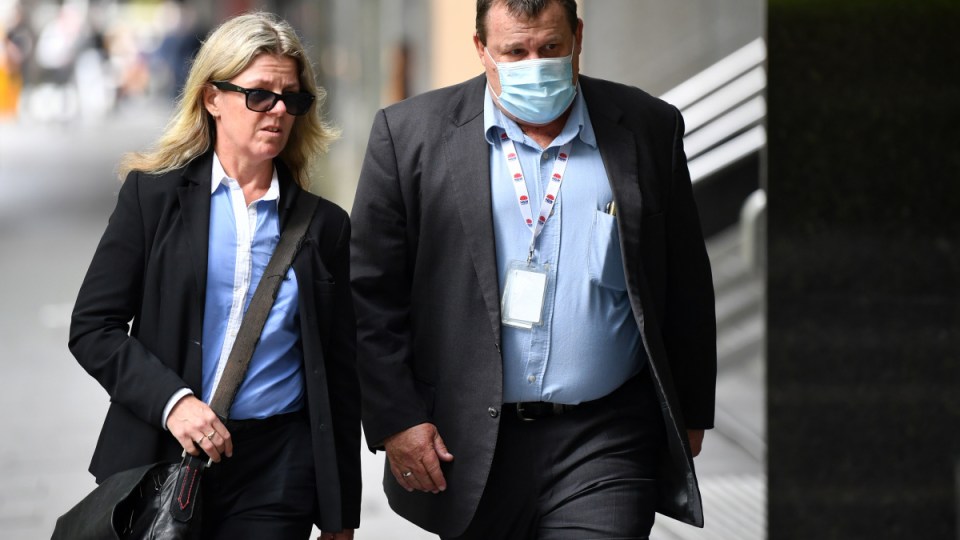 Public servant Gary Barnes has told a NSW corruption inquiry a grant it is probing was prioritised because Wagga Wagga MP Daryl Maguire "had the ear of the premier". Photo: AAP

A senior public servant who pushed through a grant now at the centre of a NSW corruption probe did so partly because the local MP – Gladys Berejiklian’s secret boyfriend – “had the ear of the premier”.

Giving evidence for a second time before the state’s corruption watchdog on Wednesday, Department of Regional NSW secretary Gary Barnes said he understood the grant to a regional sporting facility had “the imprimatur of the government”.

The NSW Independent Commission Against Corruption is probing whether Ms Berejiklian breached the public’s trust when she failed to disclose her relationship with former Wagga Wagga MP Daryl Maguire as she dealt with projects he was pushing for his electorate.

Picking up where his evidence left off on Friday, Mr Barnes – who was a deputy secretary at the department at the time – said he had inferred the support of the premier for a $5.5 million upgrade to the Wagga Wagga Clay Target Club for a number of reasons.

Her office and the deputy premier’s both regularly asked for updates – something that was “atypical”.

The grant had been approved by the sub-cabinet expenditure committee – chaired by then-treasurer Ms Berejiklian – which was unusual as it usually considered much bigger ticket items.

Mr Barnes said he had also been told Mr Maguire “had the ear of the premier”.

“I seem to remember that someone in the deputy premier’s office had told me that Daryl was well regarded by the premier as a person that understood the bush – [particularly] as a Liberal Party person,” Mr Barnes said.

The project was something he spoke about often “probably too often” and prioritised it.

“It was a project amongst a few others that stood out as taking up a fair bit of our time,” he said.

That was partly because there was “a perceived lack of momentum” on the matter, communicated by the local member and the Clay Target Association.

“You wouldn’t do something unlawful or unethical in order to keep the local member happy,” Counsel Assisting the Commission Scott Robertson said.

“But is it right one of the reasons that this project was given particular priority within your agency was that Mr Maguire was an advocate for it and Mr Maguire was someone in respect of whom, as you understood it, the premier had an ear for?” Mr Robertson continued.

“You gave this project a particular priority in your portfolio work because of your understanding of the political imprimatur sitting behind the project?”

“I think we all did,” Mr Barnes replied.

The ICAC inquiry last week heard bureaucrats in the NSW Office of Sport were also at times under pressure to deal with parts of the process urgently.

They were sceptical about the project when Mr Maguire put it forward in 2012 and then again in 2016, dismissing it as “low priority” and lacking detail.

But ICAC has heard the office was given a single day to prepare a document then-sports minister Stuart Ayres could take to the Expenditure Review Committee to advocate for the project to be funded.

The inquiry on Tuesday also heard the premier misled her former chief of staff about the extent of her relationship with Mr Maguire.

Sarah Cruickshank reluctantly agreed Ms Berejiklian had lied to her when she confessed to the clandestine relationship in 2018, saying it had ended before she became premier.