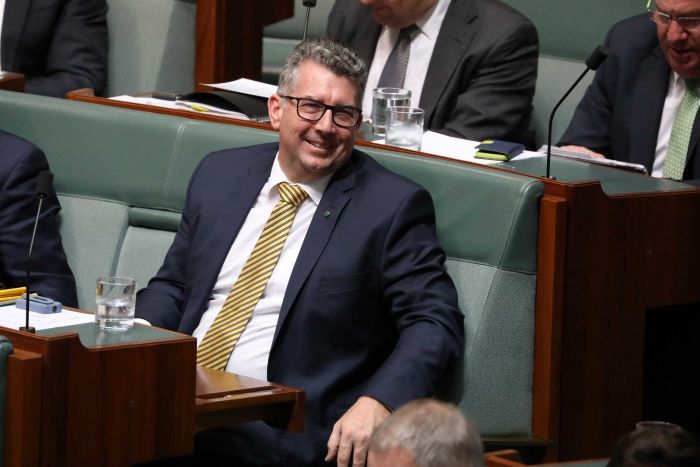 Keith Pitt will return to cabinet following the Nationals agreement on net-zero emissions by 2050.

Resources and Water Minister Keith Pitt will return to the cabinet after the Nationals agreed to provide “in-principle support” to the government’s net-zero plans.

Prime Minister Scott Morrison on Monday announced the Nationals MP would be elevated back into the cabinet, just months after he was demoted.

“Minister Pitt is a powerful voice for the resources sector and ensuring that we build upon Australia’s strength in traditional exports, while harnessing opportunities in the new energy economy and critical minerals,” Mr Morrison said in a statement.

“Minister Pitt has been a strong advocate for regional and rural communities, both in his portfolio responsibilities and as a local MP.”

While it has not yet been publicly announced what the Nationals agreed to in order to support a net-zero plan, it was expected the party would push for an additional seat in cabinet.

Cabinet is expected to meet on the net-zero plans later on Monday.

Keith Pitt elevated back into cabinet