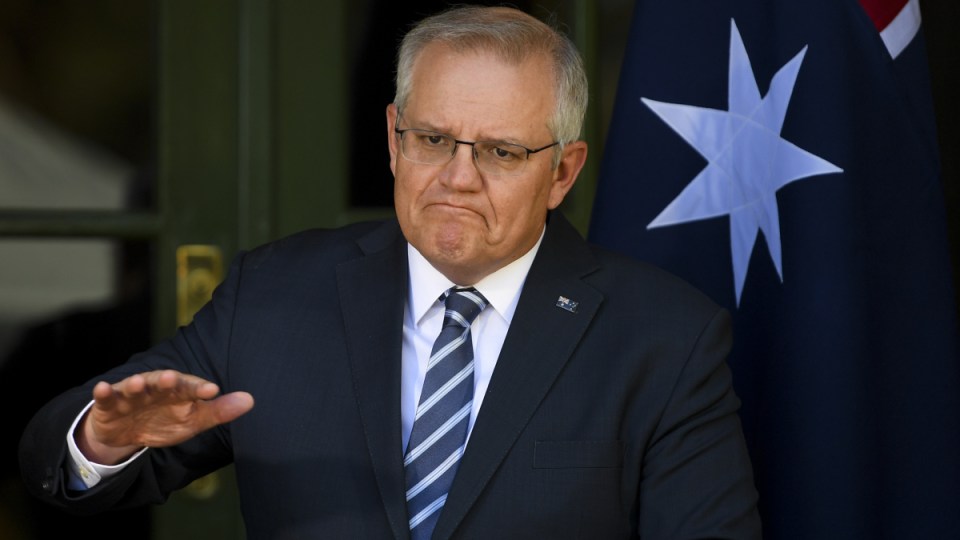 The government insists the best course of action is to get the privileges committee to look into the broad issue of politicians crowdfunding legal cases.

“The suggestion that somehow things are not being looked into … is not the case,” Mr Morrison told parliament on Thursday.

“We have referred these matters directly to the chair of the privileges committee to consider these issues because this has implications for members of this house on both sides.

“We want to ensure the rules are very clear. We’re not going to play politics with this. If those opposite want to use the procedures of this House to smear, they’ll do so, but that’ll reflect on them.”

On Wednesday, Speaker Tony Smith said he was satisfied of a “prima facie” case for referring Mr Porter’s donations to the privileges committee. But, in a move blasted by the opposition as a “mockery” and never before seen in the Australian parliament, the Coalition used its numbers to block manager of opposition business Tony Burke’s motion.

“Yesterday in the parliament we saw an extraordinary event – 120 years of precedent were thrown out,” Opposition Leader Anthony Albanese said.

“Mr Porter has an obligation to declare where these donations came from.

“If that doesn’t occur, the register of pecuniary interests – a vital principle and process to avoid corruption in the parliament – is rendered redundant.”

Mr Porter resigned from cabinet last month while maintaining he had not breached ministerial standards.

He declined to provide further information about the donors to his blind trust, apart from saying no lobbyists or prohibited foreign entities had contributed.

The former attorney-general launched legal action against the public broadcaster after identifying himself as the person who was the subject of a 1988 rape allegation.

The MP for the Western Australian seat of Pearce strenuously denied the allegation and the defamation case settled before trial.