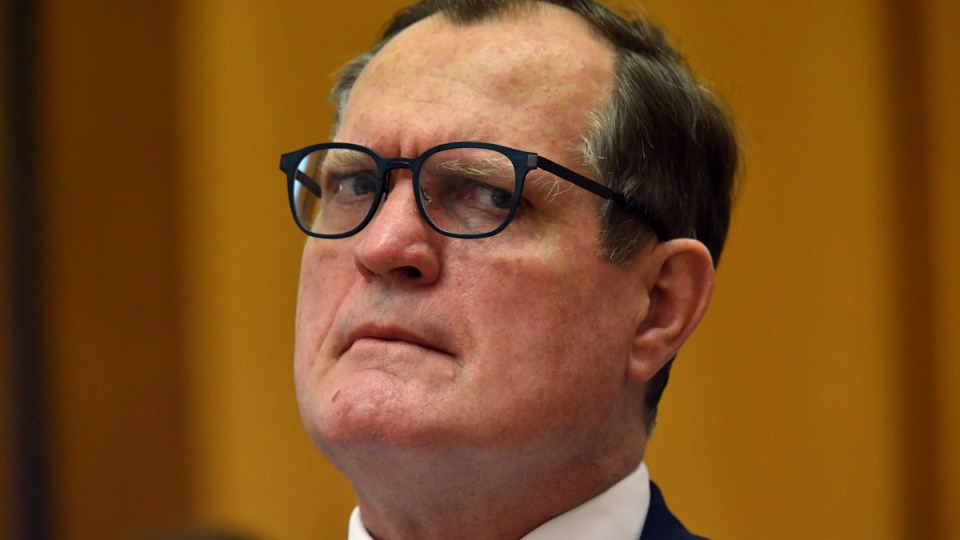 Australia’s tax commissioner is facing an investigation from a powerful parliamentary committee after refusing to hand over companies’ wage subsidy details.

Chris Jordan has been referred to the Senate’s privileges committee after rejecting an upper house order to reveal which companies turning over more than $10 million received JobKeeper payments.

The privileges committee has the power to fine or jail the tax commissioner if he is found in contempt of parliament.

Independent senator Rex Patrick has been campaigning for more transparency around the $90 billion scheme.

The motion to refer Mr Jordan passed the Senate 25 votes to 21 on Tuesday night.

The ATO boss had refused to release the information because he believes it is not in the public interest to abandon taxpayer confidentiality.

Mr Jordan said he acknowledged and respected the powers of the Senate.

“The Senate standing committee of privileges will now further consider the Senate’s order for information about businesses that received JobKeeper,” he told the ABC in a statement.

“One of my fundamental roles as commissioner of taxation is to safeguard the integrity of the tax and super systems by ensuring the community’s confidence in taxpayer secrecy is maintained.”

Senator Patrick and Labor have argued companies that boosted profits pocketed wage subsidies and refused to pay taxpayers back.

Labor victory fires up Tamil family’s hopes of return to their Biloela home
Joe Biden says he’s not fussed by North Korea’s rumoured return to nuclear tests
ACTU hails Labor’s triumph as the first step to pay raises
Analyst: Sharemarket will be anxious about a Labor pact with Greens
French foreign minister hails defeat of Morrison and his ‘notorious incompetence’
Tiger Woods quits PGA tournament after the worst round of his career
Michael Pascoe: How to justify pork rorts
Today's Stories