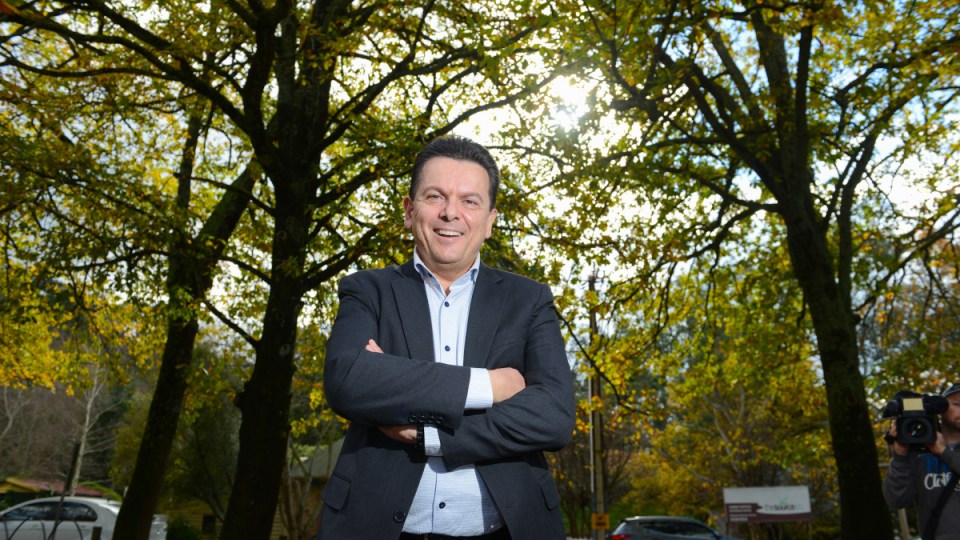 Former senator Nick Xenophon is looking to return to the upper house at the next federal election. Photo: Getty

Former senator Nick Xenophon is looking to make a return to federal politics after a more than four-year absence.

The South Australian powerbroker plans to run as an independent for the upper house at the upcoming election.

“Like Al Pacino in The Godfather, once I thought I was out, they try to drag me back in,” he told ABC radio Wednesday.

“I would run as an independent – it’s where my natural habitat is as a pesky independent.”

His decision to throw his hat back into the ring follows a long-running legal battle with US footwear company Dekkers over use of the term “ugg”.

Sydney bootmaker Eddie Oygur was sued by Dekkers in 2016 for selling 13 pairs of ugg boots to US customers, after a US court found Dekkers had the sole rights to using the term “ugg”.

While the federal government has contributed $200,000 to fight the case, Mr Xenophon said the Commonwealth had fallen short of assisting Mr Oygur as a “friend of the court”, which meant there was little chance an appeal would be heard by the US Supreme Court.

“The [Australian] government is being so out on touch on this,”said MMr Xenophon, who returned to the legal profession after he left the Senate.

“I don’t know why they won’t do what’s needed for every ugg boot-maker in the country.”

During his almost decade-long stint in federal parliament, Mr Xenophon acted as a critical vote on the Senate crossbench.

He resigned from politics in 2017 at the height of the dual citizenship scandal, after he announced he was unsure whether he was a dual citizen. That would have made him ineligible to run for parliament.

However, the High Court later found Mr Xenophon was validly elected and able to run for office.

He turned his attention to South Australian politics, running for a lower house in the 2018 state election under the SA Best party, but failed.

Mr Xenophon said he had spoken about his potential move with Stirling Griff, who was his replacement in the Senate as part of the Nick Xenophon Team, before the party name was changed to Centre Alliance.

Robots to conduct stocktakes at most Kmarts by Christmas
View From The Hill: Barnaby Joyce keeps his political hands clean on the road to net-zero target
Today's Stories