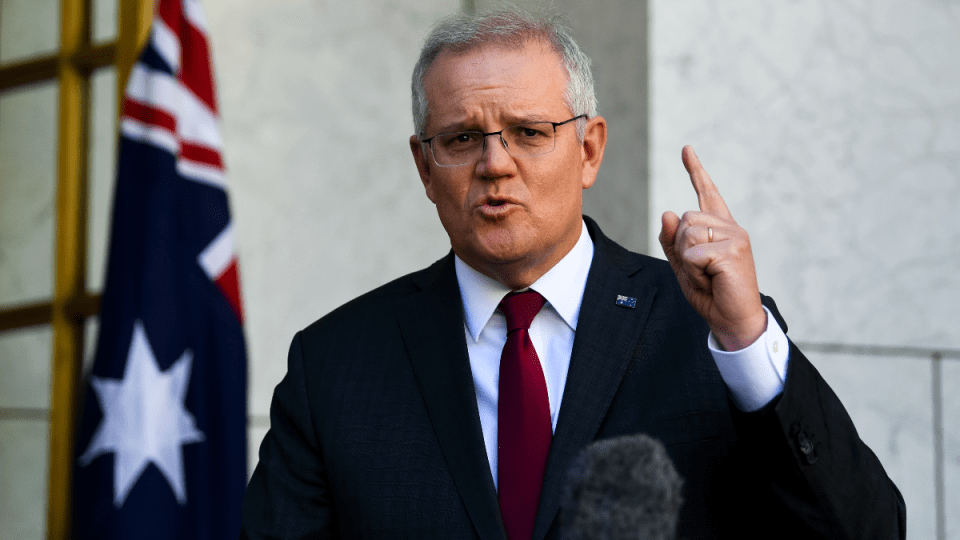 Hospitals are jointly funded by state and federal government, but Deputy Premier Steven Miles said the Commonwealth had artificially capped spending growth at 6.5 per cent, which could prevent hospitals from being able to meet demand when the state reopens.

“I won’t respond to shakedown politics in a pandemic,” he told Nine’s Today show on Tuesday.

“She has to take that up with the Queensland people then. I mean, to go down this point and say: ‘Well, you know, I’m going to hold the federal government to ransom and seek to extort from them money on the basis of COVID’, I just don’t think is the right way to go.”

The Commonwealth had contributed to half the cost of propping up state and territory health systems against COVID-19, Mr Morrison said, a commitment that totalled about $30 billion nationwide.

“Of course, there are challenges but as a state government, they’ve got to be responsible for their state health system,” he said.

“NSW is getting on with it, so are Victoria and the ACT, so Queensland needs to get on with it.”

Mr Miles said on Monday every state and territory had asked for extra support for hospitals to deal with COVID-19 and Queensland’s request was not unusual.

He said the 6.5 per cent cap on federal spending growth was arbitrary as it did not take into account increased demand due to the pandemic.

“The pandemic will clearly drive demand that is greater than that,” Mr Miles said.

“Given that our hospitals are funded as a partnership, we would like the federal government to increase their contribution to that partnership.”

Queensland’s hospitals are already facing huge capacity pressures with The Australian reporting on Tuesday that there were 31 ‘code yellows’ – when hospitals start to run out of beds and ambulances are forced to divert to other emergency departments – in September.

A group of medical professionals warned a lack of real-time data from Queensland public hospitals was making it difficult to plan for potential outbreaks of the Delta variant of COVID.

The doctors, led by the Australian Medical Association, had gathered for a roundtable meeting to discuss the “ramping crisis” before interstate borders reopen later this year.

“We need our hospitals at 90 per cent capacity to allow the flow of those in emergency departments through the hospital system,” emergency physician Kim Hansen said.

“It’s imperative we have an action plan developed this year, but we must be fully armed with data and collaboration.”

“We need real-time data from Queensland Health on the number of beds in each hospital ward across the state for emergency patients with teams to support the patients,” she said.

Low iron is a health risk made worse by COVID-19. How to get more without supplements
Morrison rejects NSW-style corruption body
Today's Stories