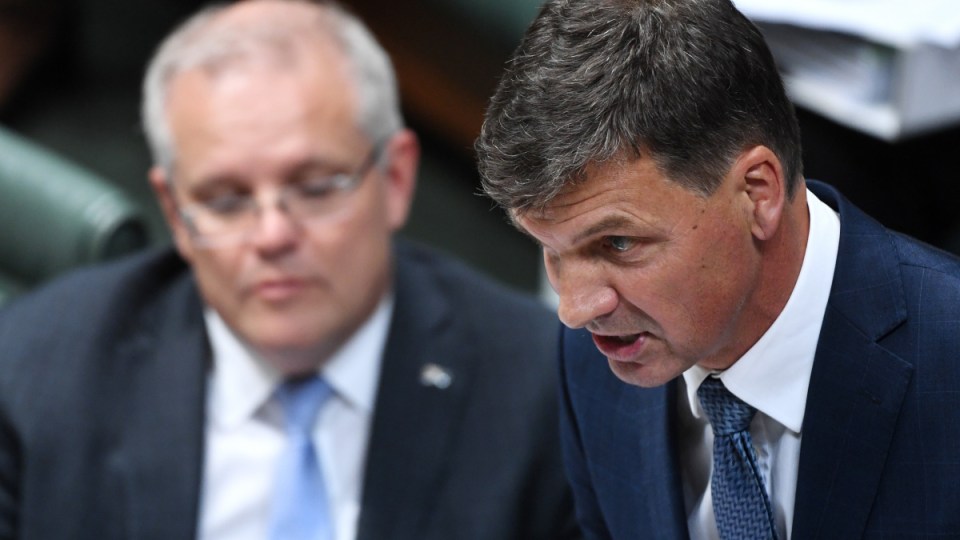 Prime Minister Scott Morrison has rewarded key supporters with promotions in a shuffling of his frontbench deck triggered by a cabinet minister quitting.

Christian Porter resigned last month as industry, science and technology minister after accepting money from an anonymous source to help fund his defamation case against the ABC.

Energy Minister Angus Taylor will add the industry portfolio to his responsibilities, while Defence Industry Minister Melissa Price picks up science and technology.

“I congratulate both Melissa and Angus. They have been strongly performing ministers,” Mr Morrison said in Canberra on Friday.

Immigration and Multicultural Affairs Minister Alex Hawke – a member of Mr Morrison’s inner circle – will be elevated to cabinet.

West Australian MP Ben Morton, who is a protege and confidante of the Prime Minister, will also receive a promotion.

Mr Morton will become special minister of state and public service minister after being Mr Morrison’s assistant minister since after the 2019 election.

“He can’t do the job that he’s got at the moment. How on earth can he do additional responsibilities?” Mr Albanese said.

The Labor leader accused Mr Morrison of rewarding mates including Mr Hawke, who he said was one of the few people in the Liberal Party close to Mr Morrison.

Victorian Tim Wilson will jump from the back bench to a junior ministerial role assisting Mr Taylor.

Mr Porter sued the ABC in March over a story that revealed a now-deceased woman’s historical rape allegation against a cabinet minister.

He emphatically denied the allegation and the case was settled before trial.

Meanwhile, a former chief of staff to now-retired cabinet minister Mathias Cormann has been annointed as the next Senate president.

Slade Brockman defeated fellow WA Liberal senator Dean Smith in the second round of a partyroom ballot on Friday.

Senator Brockman entered parliament in 2017 after working for Mr Cormann between 2008 and 2016.

Since entering parliament, he has chaired a range of Senate committees and been the government’s deputy whip in the upper house.

Turnbull government minister Concetta Fierravanti-Wells and South Australian senator David Fawcett were knocked out in the first round of voting.

The Senate president’s chair was left vacant after Victorian Scott Ryan brought forward his retirement ahead of the next election.

Senator Ryan had spent almost a decade in parliament and served as a minister when he became a presiding officer.

Senators will vote on the presidency when it resumes on October 18.

Nick Kyrgios is within touching distance of Wimbledon glory, but the road is daunting
No criminal conduct in $30m airport deal: AFP
Today's Stories