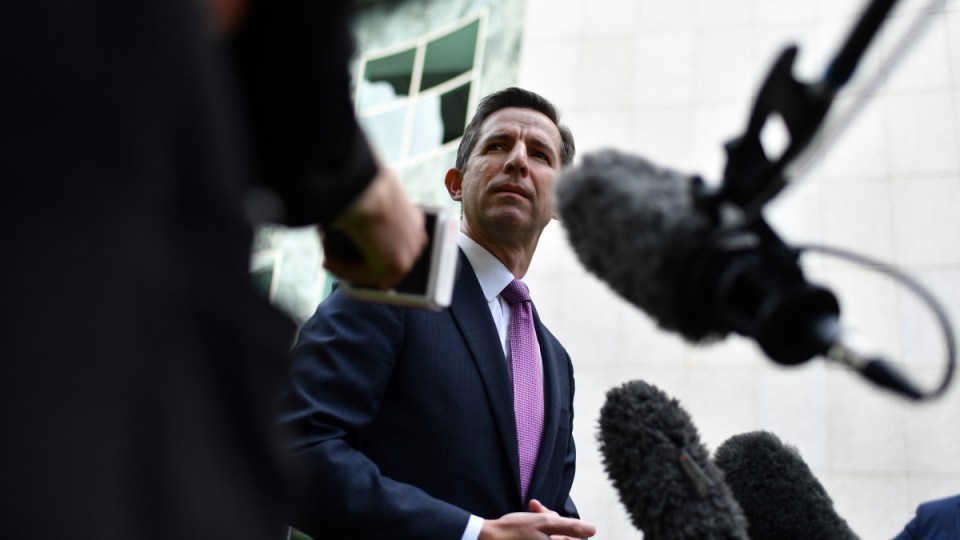 Australia has dismissed the European Union’s move to delay trade talks following the government’s decision to tear up a French submarine deal.

The way Australia handled the cancellation in favour of nuclear-powered technology under the AUKUS pact has angered European leaders.

Finance Minister Simon Birmingham played down the EU’s move to push back negotiations for a free trade agreement with Australia by a month.

“I’ve seen some reports suggesting that there may be a timing change in relation to the next negotiating round, a variation of perhaps a month in that regard,” the former trade minister told Sky News on Friday.

He did not think this was likely to have much impact on the final outcome.

“I trust that we will all continue to work towards trying to secure an agreement between Australia and the European Union that will be to the benefit of all counties involved.”

Trade Minister Dan Tehan is part-way through an overseas trade talk trip that includes stops in Paris and Italy for OECD and G20 meetings.

Opposition Leader Anthony Albanese said the Coalition had its work cut out if it wanted rebuilt trust with European partners.

“The deferment of these negotiations are very regrettable indeed,” he said.

Former PM Malcolm Turnbull labelled it an appalling episode in Australia’s international affairs and one that would have long-term consequences.

France has not yet indicated when it will send recalled ambassador Jean-Pierre Thebault back to Australia after returning ambassador Philippe Etienne to the US.

Mr Macron said European countries needed to shed their naivety and boost their own defence plans.