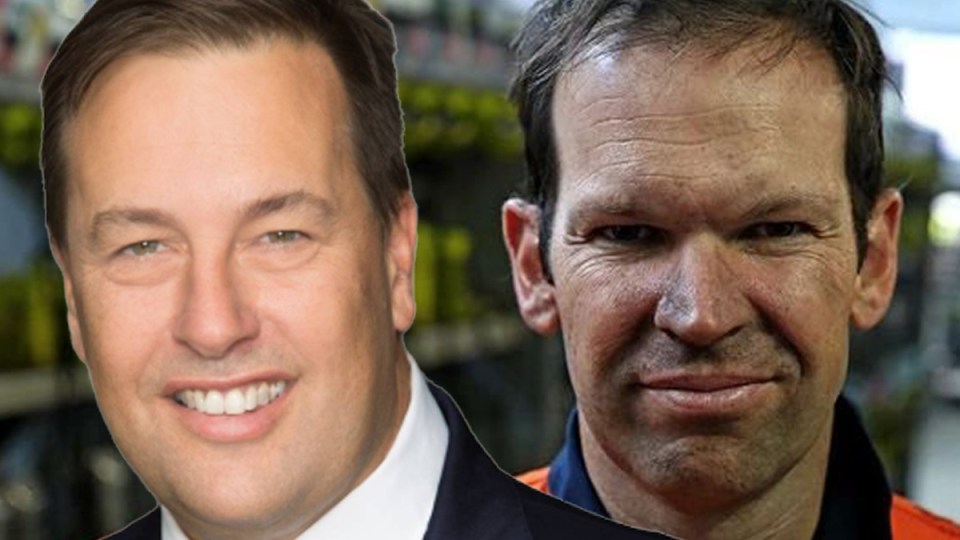 A spat between Liberal MP Jason Falinski and LNP senator Matt Canavan has highlighted the split in the Coalition on climate action.

Federal Liberal MPs say the tide is turning against their Nationals colleagues opposed to Scott Morrison’s plan for a new roadmap to reduce emissions.

Tensions are high in Morrison government ranks over an internal push to commit Australia to net-zero emissions by 2050, with the Nationals hitting out at the proposal and saying it would hurt people in regional and rural areas.

On Tuesday, in another sign of division in the Coalition on climate action, a Liberal MP publicly slapped down Nationals senator Matt Canavan.

Senator Canavan had posted a News Ltd article about Britain’s fuel shortages – widely attributed to a combination of Brexit and COVID fallout – to Twitter with the caption “net zero emissions”.

Jason Falinski, the Liberal member for the Sydney seat of Mackellar, was quick to respond.

“Click on it you will find out this has been caused by a truck driver shortage brought on by Brexit, followed by the pandemic and exacerbated due the longstanding Blair government overbearing union regulations.”

Moderate Liberals are backing a plan for net-zero emissions, and North Sydney MP Trent Zimmerman said the climate measures would benefit the regions.

“Right now, [the Nationals] are focused on what the economic transition would be, but the tide is shifting,” he told ABC radio on Tuesday.

“It will be a driver of new jobs and industries and this is the silver lining of the climate change cloud.”

Mr Zimmerman also said Prime Minister Scott Morrison was yet to decide whether to attend in person a major global climate conference in Glasgow in November.

But the majority of backbenchers have yet to commit, the survey published by The Australian found.

Opposition Leader Anthony Albanese said regional areas would be among the hardest hit locations if an emissions target was not created, due to more frequent natural disasters.

“The Nationals have been taken over by conspiracy theorists, accountants and bankers who like to play dress-up, but what we need is a serious policy going forward,” he said.

“Action on climate change is good for jobs and the economy and the environment.

“What people in regional areas have to fear is inaction on climate change.”

The Nationals are next due to meet as a party room when parliament resumes in mid-October.

Vocal members of the Nationals have hit out at any potential net-zero plan. Senator Canavan has said there is no way he would support any measure.

“This is too great a cost for our country to bear,” he said.

“The UN said if you go to net-zero, you would have to end [the coal industry] by 2030, and it’s not something I can contemplate.”

Meanwhile, Nationals senator and minister Bridget McKenzie said it was easy for urban Liberals like Treasurer Josh Frydenberg to push for the target because the impact on their “affluent constituents” would be minimal.

“Our people, by contrast, are generally living in the electorates with the lowest per capita incomes, while the industries that underpin our regional economies are emission-intensive,” she wrote in an opinion piece published in the Australian Financial Review on Tuesday.