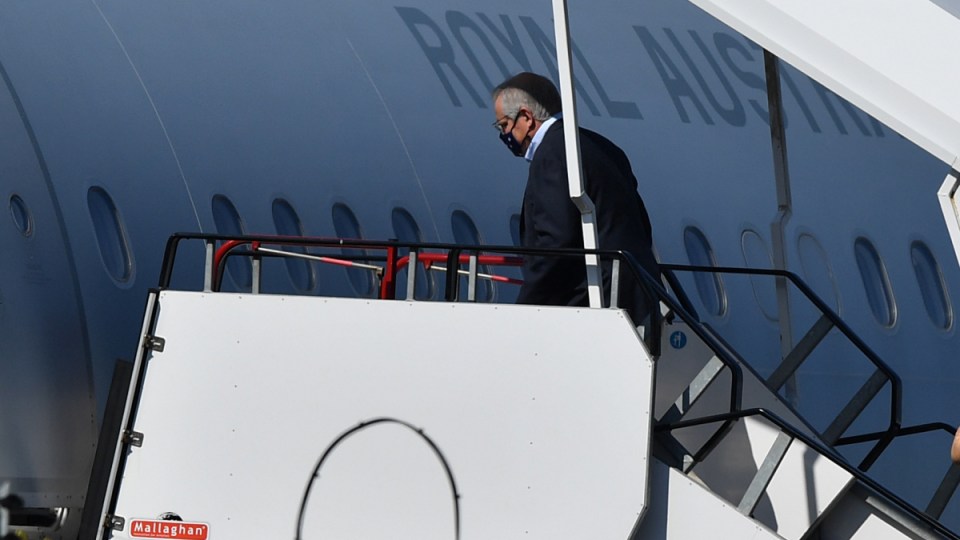 Prime Minister Scott Morrison has landed in the US for meetings ahead of the first face-to-face Quad leaders’ summit.

Mr Morrison’s RAAF jet touched down at John F Kennedy international airport in New York about 8am Australian time on Tuesday, after travelling from Sydney via Hawaii on Monday.

“I’m very pleased to be here in the United States,” he said on the tarmac.

“We have great friends and partners and allies all around the world and over the course of this week I will have the opportunity to pursue those shared goals, based on shared values.”

The White House meeting of the Quad leaders of the US, Australia, India and Japan comes as senior Morrison government figures and defence officials warn of a “deteriorating strategic environment” in the Indo-Pacific region.

A more assertive China flexing its diplomatic, trade and military muscle is a key driving force behind the Quad, or Quadrilateral Security Dialogue.

“We need to always make sure that we are doing everything we can to ensure the safety and security of Australians,” he said on Tuesday.

It is expected the Quad leaders, who met virtually in March, will announce partnerships in the areas of COVID-19 vaccines production and supply, climate, and critical and emerging technologies.

There are fears China is using vaccine supply as a strategic tool in winning over governments in the region.

The Quad leaders are expected to agree on further areas of cooperation to be worked on over the coming year.

At his first White House meeting with US President Joe Biden, Mr Morrison is expected to discuss regional security and the COVID-19 pandemic.

He will also meet British Prime Minister Boris Johnson in Washington, after last week announcing a security pact between Australia, Britain and the US known as AUKUS.

The AUKUS agreement brought with it a deal to build at least eight nuclear-powered submarines to replace Australia’s Collins-class vessels.

Mr Morrison is not expected to make any announcements on climate policy, as he and other leaders prepare for the COP26 talks in Glasgow in November.

PM lands in New York ahead of packed itinerary