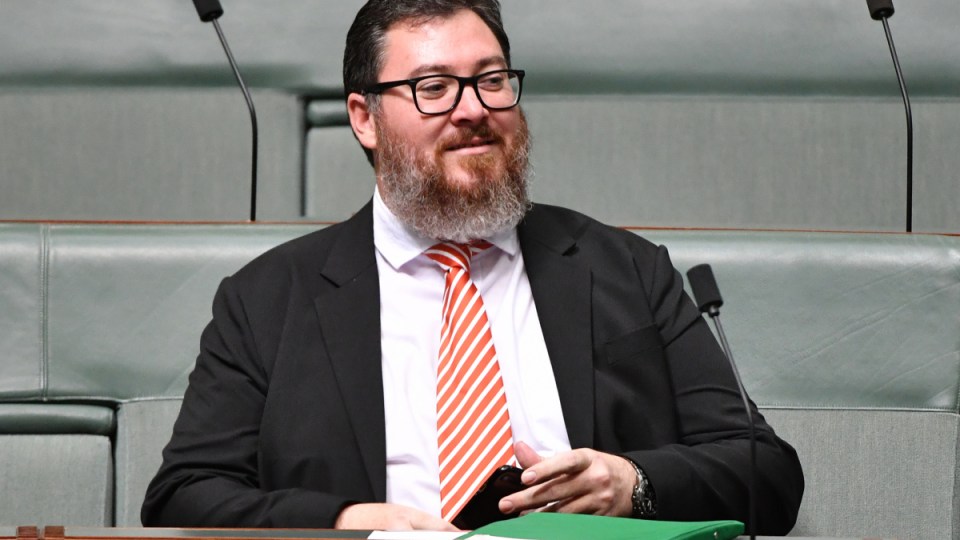 Coalition MPs backed a Labor motion on Tuesday denouncing Mr Christensen after he used parliament to claim lockdowns and face masks did not work.

Deputy Prime Minister Barnaby Joyce, who is absent from parliament because he is in lockdown, spoke to his colleague after the outburst.

“I’ve had conversations with him – that doesn’t mean he’s a slave of anybody,” Mr Joyce told ABC radio on Wednesday.

He said it was absurd to suggest he could stop the outspoken backbencher from making similar speeches in the future.

“The likelihood of that is near zero.”

The Nationals leader urged people to get vaccinated to end the economic pain of health restrictions.

“I’m saying quite clearly if it’s not for your health reasons, it’s for the economic reasons. We must get this economy going again,” Mr Joyce said.

“The fact that all National Party House of Representatives members sat and supported that motion is a very powerful and public message that we do not support George on this,” he told the ABC on Wednesday.

Mr Littleproud is comfortable with his colleague remaining in the party room “at this stage”, despite Labor urging the government to sack him.

He said Mr Christensen – who will leave parliament at the next election – needed to make a decision about the constructive role he played within the government and Nationals.

“Open society back up, restore our freedoms, end this madness,” the Dawson MP told parliament.

Nationals senator Matt Canavan disagreed with Mr Christensen on masks but backed his anti-lockdown message because of concerns about mental health and other impacts.

“We’ve lost a lot of our humanity through these cruel and strict, and inflexible lockdowns,” Senator Canavan told the Nine Network.

“The sooner we move away from that – that dramatic policy response – the better.”

Prime Minister Scott Morrison said his government did not support misinformation in any shape or form but refused to name Mr Christensen.

Earlier in the year, independent MP Craig Kelly left the Liberals to sit on the cross bench after controversy over his fervent promotion of unproven virus treatments.