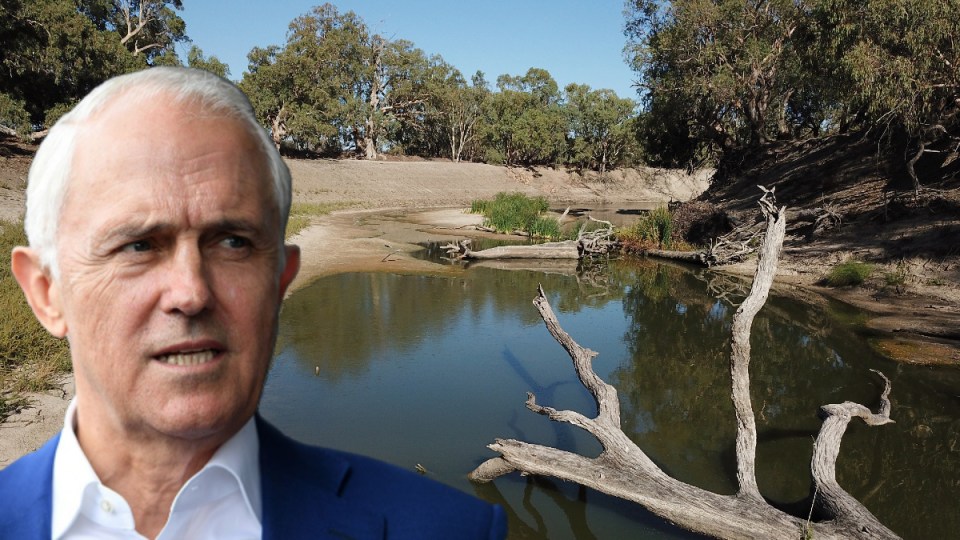 With a recycled Barnaby Joyce back as leader, and deputy PM, the National Party broke ranks with the Morrison Government to demand major changes to the Murray-Darling Basin plan.

Their proposed amendments were ultimately defeated but the move underlined the importance of water to the Nationals’ political agenda.

The criticality of water to human survival far transcends politics, and yet as the evolution of the Murray-Darling Basin Plan would show, water management is always political. As Mark Twain observed ‘Whisky is for drinking and water is for fighting over.”

The Murray-Darling Basin Plan – originally part of the National Plan for Water Security – was first introduced when I was Minister for the Environment and Water Resources in 2007. The revolutionary Water Act 2007 was enacted in the midst of a terrible drought, which was devastating communities throughout regional Australia and especially in the irrigation communities in the Murray-Darling Basin.

Things were so bad we thought Adelaide and Brisbane would run out of water. The Murray was perilously close to running dry and not reaching the sea. Water was being trucked to regional towns. We had to find a way of managing what water there was left, in an equitable way, which met the needs of the many communities, farmers and irrigators who relied on the river.

Historically, far too much water had been allocated to agriculture at the expense of the environment. The Murray-Darling Basin is mostly flat country, and its ecology depends on regular floods to water the surrounding country. As more and more water was diverted for irrigation, that ecology was starved of water. Equally, over-allocation encouraged farmers to be wasteful in their use of water.

We needed to make every drop count. The objective of the plan was to recover water for the environment by investing in infrastructure so that irrigators could produce as much food and fibre with less water.

And so, most of the $10 billion fund was to go into water-saving infrastructure on and off farm. The money we allocated for buying back water was designed to be used strategically to support the infrastructure upgrades.

Following the 2007 federal election, the new Labor Government bought back water randomly as though it was an entirely fungible commodity. There was no connection with the infrastructure investments.

The object became: recover as much water for the environment as cheaply as possible. This meant that some farmers benefited by selling, but their communities lost out.

Over time, the new government lost the trust of the irrigators which I had relied on to get the Water Act passed in the first place. This breakdown of community trust led to the over-politicisation and weakening of the plan.

The science is very clear. The CSIRO has warned that on its current trajectory, climate change will reduce average river flows by 10 to 25 per cent in southeast Australia by 2030.

Water management is a global problem, with local solutions. Changes in the water cycle are the primary consequence of climate change, including droughts, floods, melting glaciers, sea-level rises and more intense storms. As the climate crisis worsens, so too does our water crisis.

But water has a very low value to weight and to volume. It costs a lot to move around and to store. That is why long-range water plans, like piping water from the Kimberley to Perth or even Melbourne, will never stack up. Think about this – you can buy a 1000 litres from Sydney Water for a few dollars. That is one tonne and one cubic metre!

A surge of water innovations have emerged in recent years, necessitated by both market and social forces. One of the most recognisable, desalination, shows great promise in increasing our water supplies without depleting our natural resources.

The equitable allocation of water resources, for human and environmental use, as well as for different stakeholders – is possible. However, I know from experience how hard it is to balance these interests when water is scarce. That’s why the government needs to prioritise effective water management and regaining community trust now, when water is plentiful.

Yes, water is political, because we’ve made it that way. But water must also transcend politics – without it, our vulnerabilities are multiplied. Securing our water future has flow on effects to every pillar of human and environmental wellbeing and failing to do so will affect far more than party votes.

Malcolm Turnbull talks more about Australia’s water management future as a guest on the winter series of development podcast Good Will Hunters.