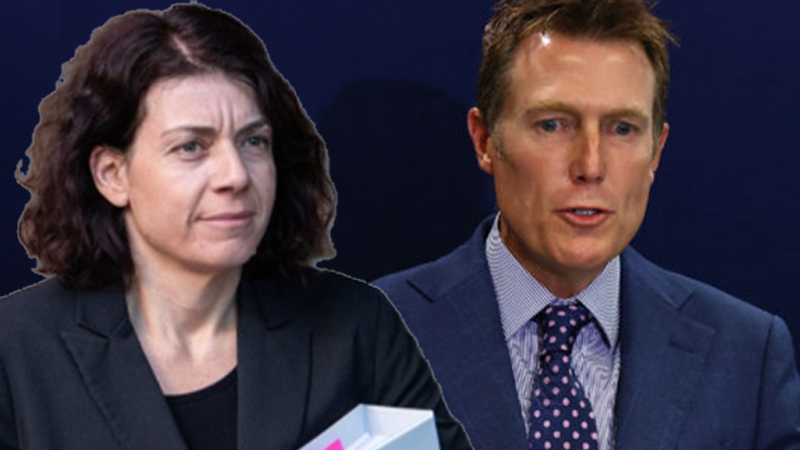 Ms Chrysanthou was prevented from representing Mr Porter in a defamation case.

Christian Porter and his former barrister could be forced to pay more than half a million dollars in legal fees.

The former attorney-general took legal action against the ABC over a Four Corners story that referred to an unnamed cabinet minister accused of an alleged historical sexual assault.

Mr Porter eventually revealed himself as the accused man, but has strenuously and repeatedly denied any wrongdoing.

The case against the ABC was settled with no payout. A separate case threatens to force Mr Porter and barrister Sue Chrysanthou to pay $500,000 in costs to a friend of Mr Porter’s now deceased accuser.

Jo Dyer, a long-time friend of the woman at the centre of the rape allegations, successfully prevented Ms Chrysanthou SC from acting in the ABC defamation case after the pair met and discussed information shared in November 2020.

Ms Dyer argued Ms Chrysanthou had a conflict of interest because she had advised her on the issue, before taking on Mr Porter’s case.

In June, Justice Tom Thawley ordered Mr Porter and Ms Chrysanthou to pay Ms Dyer’s costs after the four-day hearing, but did not rule on how or whether those costs would be shared.

“Without that sort of data we just can’t deal with the information because we don’t know who did what when,” Ms Horvath told the hearing.

Callan O’Neill, Mr Porter’s barrister, also said the data was needed to “look with any granularity to what occurred”. He noted that one of the lawyers acting for Ms Dyer had worked 245 hours in 16 days.

Ms Dyer’s lawyers have agreed to supply the information.

A registrar will decide how much and in what form the costs should be paid.

If the appeal is successful, he could potentially argue that Ms Dyer should pay costs.

Christian Porter and his former lawyer face up to $500,000 in costs