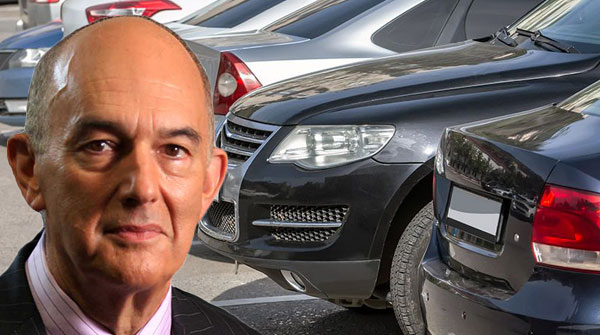 The time is long overdue to have an independent guardian in place to ensure our government makes better decisions.

With every new report of the Auditor-General, the brazen appropriation of billions of dollars worth of taxpayers’ money for the political advantage of the Morrison government becomes more breathtaking.

On the night Scott Morrison claimed his “miracle win” in 2019, there was no mention of the Commuter Car Park fund that allocated, without merit or eligibility criteria, $660 million apparently for the sole purpose of shoring up votes in seats the Liberals had identified at risk.

It gives new meaning to the adage that “God helps those who help themselves”.

At least we can be grateful for the fearless work of the Auditor-General, carried out despite funding shortfalls seemingly designed to hamper his ability to cast his net wider.

And while this latest audit is scathing in its assessment of abandoned principles of accountability and transparency, the federal government will shrug it off.

This is made all the easier to do because the Auditor, unlike a corruption commission, does not hold headline-grabbing public hearings where senior ministers and public servants are forensically cross-examined.

Finance Minister Simon Birmingham, whose job is supposed to be a Scrooge-like guardian of the public purse, at the weekend claimed the government already had the absolution of the Australian people.

His words had an eerie ring of familiarity to me after covering the last 10 years of the Bjelke-Petersen government in Queensland – probably the most corrupt government in Australian history and that’s saying something.

Senator Birmingham, in reply to a pointed questioning from the ABC’s Insiders host David Speers, said “the Australian people had their chance and voted the government back in at the last election”.

Bjelke-Petersen could not have put it any better. Indeed that was a regular comeback to his many critics.

It worked for 19 years until the Fitzgerald inquiry set up by his deputy premier Bill Gunn, while Bjelke-Petersen was overseas, exposed the rottenness of it all.

It also exposed the disingenuous cynicism of hiding behind election results as the ultimate arbiter of what is in the public interest – as if voters’ perceptions are not manipulated and the truth hidden from view as much as possible.

No wonder Commissioner Tony Fitzgerald recommended a permanent corruption commission along the lines of the one in New South Wales, which in turn was modelled on one in Hong Kong.

It is evident Scott Morrison has no appetite to have himself or his government answerable via a strong, independent anti-corruption watchdog.

He would rather the protection of the numbers in Parliament that billions of dollars’ worth of pork barrelling of targeted electorates affords him.

There will be no Bill Gunn-like act of political suicide; Senate estimates has already been told there will be no Commonwealth Integrity Commission established before the election due within 12 months.

Attorney-General Michaelia Cash, who refused to fully co-operate with an AFP inquiry into her own abuse of state power regarding raids on a union’s offices, is hardly an enthusiast for accountability of that kind.

In September it will be 1000 days since Mr Morrison promised to set up a federal integrity commission this term; the one then-attorney general Christian Porter proposed was condemned as a protection racket by a number of experts.

Shadow Attorney-General Mark Dreyfus says Labor will not have a bar of the Porter model and in that he is supported by the Greens and members of the crossbench in both houses.

Mr Dreyfus says “Morrison would be the first to be called by such a commission”.

Labor leader Anthony Albanese is promising a national integrity commission because issues like the “pork and ride scheme”, as he put it, undermine faith in the political process.

He says “this was a $600 million rort from a government determined to use taxpayers’ money as if it was Liberal and National Party money”.

Maybe it is time to get rid of these discretionary grants programs though Mr Albanese says governments “are elected to make decisions”.

But the time is long overdue to have an independent guardian in place that puts pressure on governments to make better decisions.

Paul Bongiorno: Why there’ll be no federal anti-corruption commission before the next election