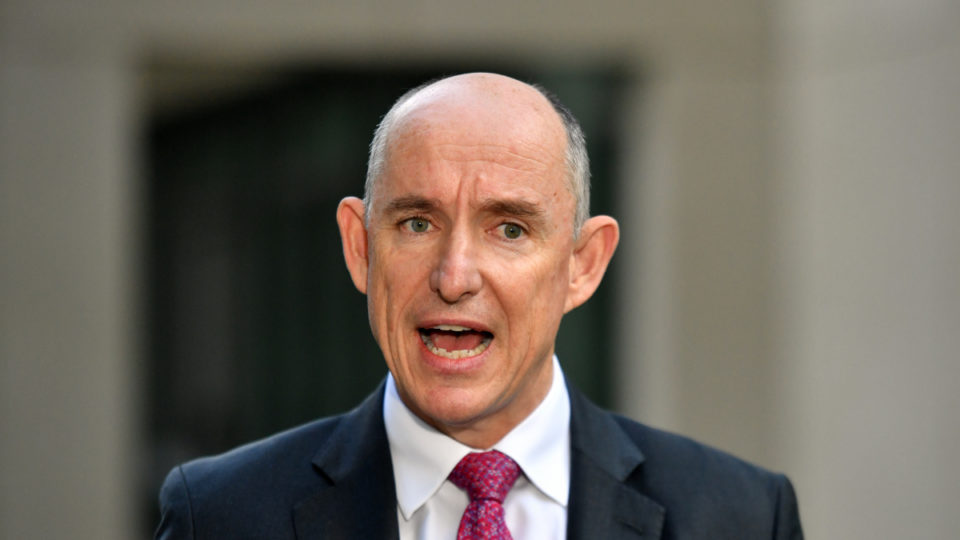 A widely criticised overhaul of social security laws has cleared a Senate committee despite fears it will take money away from job-seekers and the employment services they’re forced to navigate.

The Morrison government plans to stare down calls from advocates and the opposition for an urgent delay to reforms that introduce a new digital system and will rip $191.6 million in payments away from job-seekers.

Employment Minister Stuart Robert will move ahead with the sweeping changes, the largest in a decade, after a Senate Committee cleared the Bill on Friday, despite dissenting reports from Labor and the Greens.

The Bill, introduced to parliament three weeks ago, removes 130 pages of law across three separate acts, with advocates arguing there hasn’t been enough time to properly scrutinise all the changes.

The Australian Council of Social Services (ACOSS) and Australian Unemployed Workers Union (AUWU) have already formed a number of concerns though.

They fear the new model will churn job-seekers through digital systems that pressure them into signing their job plans and make automated decisions about the number of mutual obligations they must complete.

Kristin O’Connell, a spokesperson for the Antipoverty Centre, said the Senate Committee’s move to clear the reforms on Friday was “reckless”.

“The government’s vampiric desire to make hundreds of millions in savings off the backs of the poorest people in society is no excuse for forcing the biggest changes to participation requirements,” she said.

Broadly, the changes will breathe life into a new employment services system that’s slated to move into widespread use from July 1 next year.

It allows some job-seekers to manage mutual obligations entirely online.

But while critics fear this opens the door to new kinds of exploitation, the government argues the new model makes life easier for job-seekers.

It has contested suggestions that existing protections are being watered down and maintains that “no automated decisions” will be made.

“The Morrison government is committed to ensuring all Australians who can work have access to the best and most modern ways to assist them with in securing a job,” a spokesperson for Mr Robert told TND.

“The government is committed to having parliament debate the Bill in a timely manner so we can best assist Australians get into work right now.”

The government has also argued that cost savings arising from digital systems will be redirected to improve services for more complex cases.

But budget costings show the government projects a net funding cut of $352 million under the employment services reforms over four years.

Labor senators issued a dissenting report on Friday opposing a part of the reforms leaving an average of 144,000 job-seekers each year $457 (on average) worse off.

Under the change, job-seekers in digital services will have their claims backdated to the date they file their job plans, rather than when their claims are lodged, saving the budget $191.6 million over four years.

Advocates fear this will pressure job-seekers into signing their digital job plans in a rush, although the government has contested this, saying they will be allowed to vary their job plans, albeit with approval from officials.

It’s a budget cut dressed up as a measure to improve the engagement of job-seekers with employment services, Labor senators say.

Labor senators also said they want the reforms to be delayed, but did not oppose the Bill entirely.

A spokesperson for Labor MP and shadow employment minister Richard Marles was not available to clarify Labor’s position on Friday afternoon.

If Labor does oppose the Bill the government crossbench senators will need to vote in favour for the reforms to pass.

The Greens have come out in opposition to the entire Bill.

“This Bill makes significant changes to employment services, mutual obligations and compliance for income support recipients and the government is seeking to rush this complex bill through parliament with next to no scrutiny”, Greens senator Rachel Siewert said in a statement.

The new employment services model enabled by the reforms will set up two tiers of job-seekers, those who “self manage” job plans in digital systems, and those in “enhanced services” who will visit job providers.

These job plans are essentially lists of activities approved by officials that outline what mutual obligations job-seekers undertake, including participation in employment programs, resume building and training.

The department of employment will use a questionnaire to determine where people are placed, but broadly will put those who are “job ready” into the self-managed digital system.

From there, job-seekers will be required to undertake mutual obligations outlined in their jobs plans under a new points-based system that credits them for completing tasks approved by a (human) government official.

The government has pushed back against concern the digital system will allow for “automated decision making”, arguing human approval is required to sign off on job plans, but advocates fear there are loopholes.

For example, a fact sheet about the points-based system circulated by the government suggests department IT systems will determine how many points job-seekers will be required to earn to complete their plans.

It will do this based on a set of “personal cohort” guidelines that reduce required activities based on determinations around age, caring status and capacity to work.

Advocates are also worried that the reforms expand the government’s ability to create new employment programs like Work For the Dole, which do not fall under the Fair Work Act or workplace safety laws.