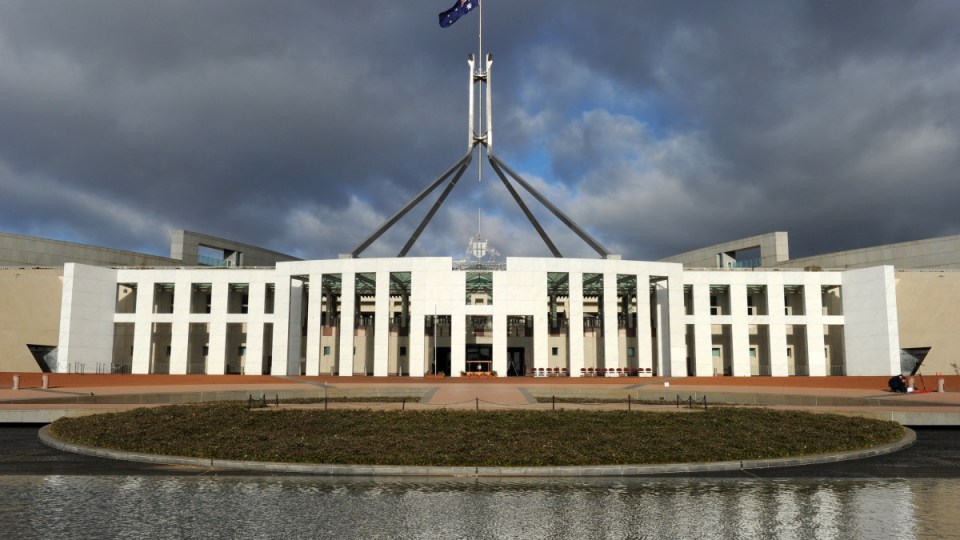 A ‘whistleblower’ who made shocking allegations of misconduct against political staffers inside Parliament House has lodged a human rights complaint against the Commonwealth government, claiming it fostered a “sexually hostile environment”.

The complaint threatens to reignite the scandal – described by Prime Minister Scott Morrison as “disgusting and sickening” – which claimed the job of a Liberal staffer and sparked further outrage over culture in federal politics.

Gavin Cuddy’s disclosures in a Channel 10 report, which aired in March, included claims that a staffer for a Liberal MP had ejaculated on the Parliament House desk of his boss, later revealed as West Australian politician Nola Marino.

In an official complaint to the Australian Human Rights Commission, Mr Cuddy alleged the Commonwealth “enabled” breaches of the Sex Discrimination Act. He also accused federal politician Warren Entsch, the Nine Entertainment company, and the former Liberal staffer of “victimising” him.

“By ‘turning a blind eye’ to such entrenched cultural problems, the Commonwealth knowingly enabled a sexually hostile environment to continue unchecked and did not take reasonable steps to prevent its continuation,” Mr Cuddy’s claim said.

A letter of complaint from Mr Cuddy’s lawyers, dated May 28, was sent to the director of the Human Rights Commission’s Investigation and Conciliation Service last week.

“This complaint alleges that the Commonwealth enabled a sexually hostile working environment in Parliament House in allowing sexually harassing conduct in contravention of s 28A of the Sex Discrimination Act 1984 (SDA) to go unchecked,” reads the letter, obtained by The New Daily.

“Mr Cuddy was drawn into that environment and was aggrieved by it.”

TND contacted all five respondents named in Mr Cuddy’s letter. All said they were not aware of the complaint before TND‘s approach.

In a Channel 10 report on March 22, Mr Cuddy – initially identified as an anonymous ‘whistleblower’ with his face and voice obscured – made numerous allegations, including that several political staffers had sex in Parliament’s meditation room and offices, or procured sex workers for their bosses.

He also shared photos and videos from a social media group chat he was a part of, appearing to show political staff inside Parliament performing lewd acts.

Mr Morrison said the staffer who allegedly masturbated on the desk was terminated “immediately” after the claims were aired. Mr Cuddy does not work in politics, but said he was long-term friends with the staffer.

“One aspect of this friendship involved the sharing of intimate images,” his complaint read.

ACT Police said it had received a report on March 30 about the “alleged unauthorised sharing of intimate images at Parliament House.”

“An investigation is underway in relation to this matter,” a police spokesperson told TND.

TND also understands there is a separate Department of Finance probe into Mr Cuddy’s allegations.

Mr Cuddy’s complaint letter states “the Australian public deserved to be made aware” of the environment inside Parliament.

It alleges Mr Cuddy’s human rights were breached by the Commonwealth, and that he was victimised by media reports after making the complaint.

The main section of Mr Cuddy’s claim is that, even after concerns about the “sexually hostile” environment in Parliament were previously raised with the Commonwealth, those issues “were brushed off in a flippant manner” with “no attempts to remedy that entrenched culture”.

The complaint cites media reports, from as far back as 2019, that Parliament’s meditation or prayer room had been used for sex.

“These examples show that the Commonwealth failed to take reasonable steps to prevent the sexually hostile working environment and in fact condoned that environment,” Mr Cuddy’s complaint alleges.

The letter submits the Commonwealth could be “vicariously liable” for the actions of its employees.

The lodging of a Human Rights Commission complaint doesn’t necessarily mean it will be investigated. On its website, the commission notes “we may decide not to investigate or to stop investigating your complaint”.

Mr Entsch, the Liberal Member for Leichhardt, employed the staffer several years ago, before he was employed by Ms Marino.

Mr Cuddy’s lawyers allege this was ‘victimisation’ under section 94 of the Sex Discrimination Act, which protects people making allegations of unlawful conduct.

In a statement, Gay Alcorn, editor of The Age newspaper, told TND: “We stand by Chip Le Grand’s story”.

Mr Entsch said he was “not a close associate” of the former staffer, but spoke to media as he “was worried about him”.

“I was asked an honest question and gave an honest answer.”

TND contacted the Commonwealth and the former Liberal staffer for comment.