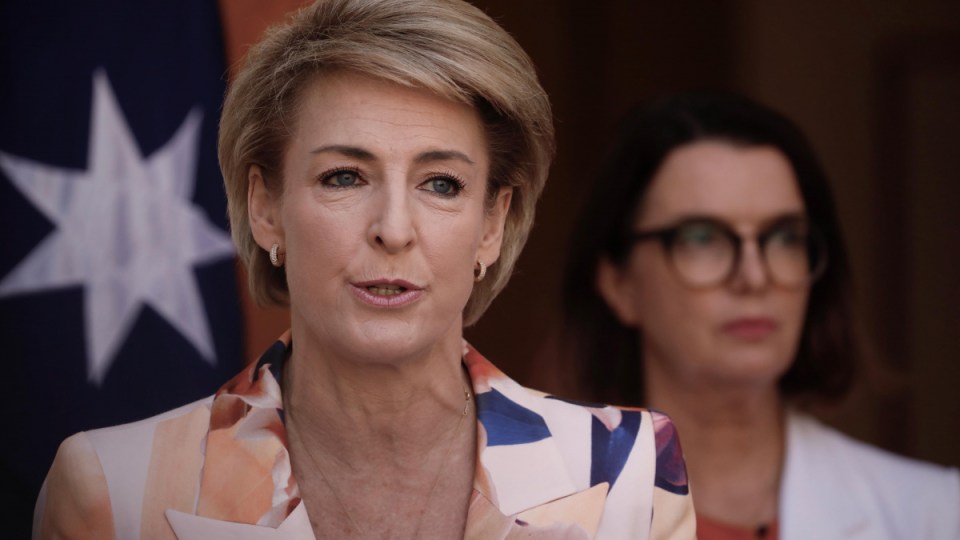 Attorney-General Michaelia Cash says changes to the Sex Discrimination Act will be introduced to the federal Parliament this year. Photo: ABC News/David Sciasci

The federal government will amend the Sex Discrimination Act to include politicians and judges, who have previously been exempt from the laws.

The government will adopt all 55 recommendations contained in the Respect at Work report, either in full or in part.

Prime Minister Scott Morrison said the changes were about changing the culture of Australian workplaces to keep all people safe.

“Sexual harassment is unacceptable,” he told reporters in Canberra on Thursday.

“It’s not only immoral and despicable and even criminal, but particularly in the context of the Respect at Work report, it denies Australians, especially women, not just their personal security but their economic security.”

Attorney-General Michaelia Cash said a series of legislative changes would be introduced into Parliament this year, aimed at strengthening protections against sexual harassment in the workplace.

She said as part of the changes, politicians and judges would be subject to the Sex Discrimination Act.

“Somebody can bring a complaint against you to the commission, if it’s upheld it’s upheld. if it’s not, it’s not.”

Almost 40 per cent of women and more than a quarter of men experience sexual harassment at work in the past five years, according to the latest data.

The Coalition has been under enormous pressure to address women’s safety after recent rape and sexual harassment allegations rocked federal politics.

It sparked a wave of major protests across the country and prompted questions about why the government’s response to the report took so long.

Mr Morrison said money to support the recommendations would be included in next month’s federal budget.

Politicians and judges to be included in Sex Discrimination Act, federal government announces