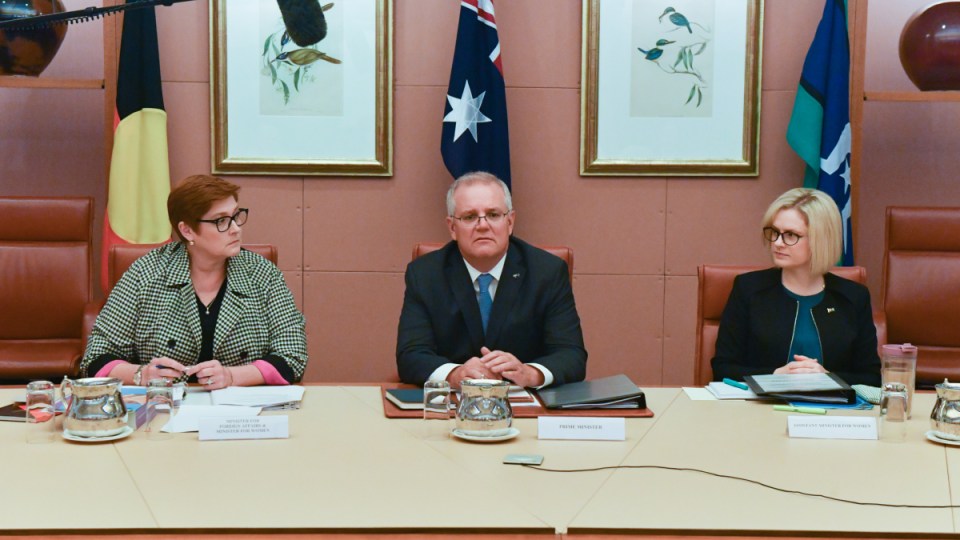 Scott Morrison has brought together some of his more senior colleagues for the first meeting of Cabinet’s women’s task force.

Minister for Women Marise Payne co-chaired the inaugural meeting in Canberra on Tuesday.

Senator Payne said the task force’s priority would be responding to the Respect at Work report.

The report was completed more than a year ago by Sex Discrimination Commissioner Kate Jenkins as Australia lagged behind other countries in preventing workplace harassment.

A parliamentary inquiry has since found Australia has also failed to curb domestic and family violence despite a decade of national plans.

Flanked by demoted minister Linda Reynolds – who returned to work from medical leave on Tuesday – and some government women promoted in a recent reshuffle, Senator Payne said the task force would also help women “thrive” in the budget process.

The Prime Minister said the women brought “the right experience, the right lens, the right focus, the right priorities and the importantly the right values”.

Mr Morrison said family should be a place of safety but this was not always the case.

The number of women in the ministry is “a high water mark that I would like to see rise even higher”, he said.

Just over a quarter of the Morrison ministry are women.