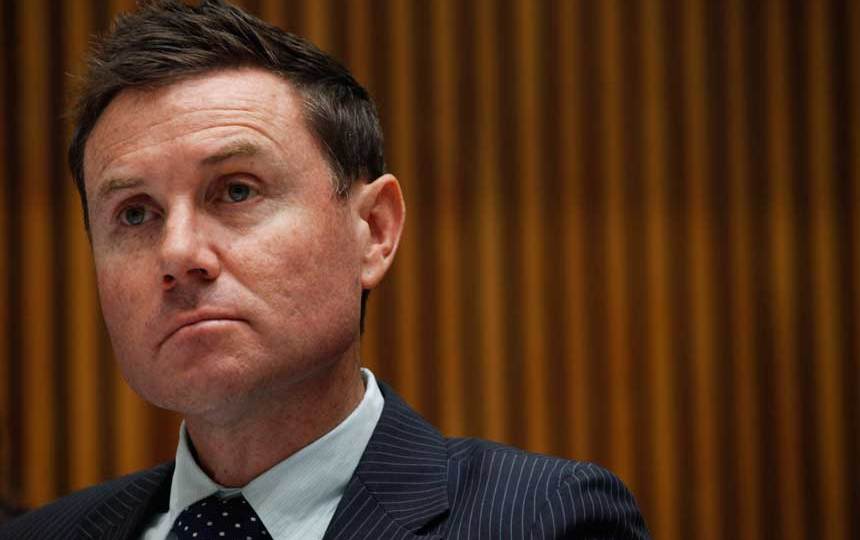 A woman has spoken to Queensland Police about Andrew Laming's photograph, but has not made a formal complaint. Photo: AAP

A woman has spoken to Queensland Police about Liberal MP Andrew Laming allegedly taking a photo of her while she was bending over.

Crystal White claimed Dr Laming took the photo of her while she was filling a fridge at a landscaping business in Brisbane in 2019.

“I’ve documented the incident for now and that’s all I want to say,” Ms White told Channel Nine outside Cleveland Police Station.

Her colleague, Sean Blinco, told 7.30 he also spoke to police on Monday.

“There is currently no criminal complaint,” Mr Blinco said.

“Crystal made a report and left it up to the police to whether they would pursue it.

“I made a statement with facts that I have access to – dates, times, conversations, etc that Crystal no longer has access to [in our data entry logs].”

A Queensland Police spokesman told 7.30: “Police are in the initial stages of assessing allegations against a man.

“A woman yesterday afternoon attended Cleveland Police Station to provide information regarding an alleged incident in 2019.

“The woman is not proceeding with a formal complaint at this time.”

‘Goal was to show a challenging work situation’

Dr Laming has apologised over the photograph but disputed the nature of the image.

“The photograph was of her in a completely dignified position, in no way compromised, doing a very hard job well in full view of every customer,” he told ABC Radio on Monday.

On Sunday, Dr Laming also said, “What I saw was an incredibly hard-working employee who was simply kneeling in normal work attire and stacking a fridge with an impossible amount of soft drink cans … That was my goal, was to show a challenging work situation.”

Mr Blinco told 7.30 it was the store manager who saw Dr Laming take the photo.

“He saw the phone directed at Crystal while she was bent over or bending over to fill up a drinks fridge, and Cameron then asked Andrew to have a look at his phone and saw what was on there, and asked Andrew Laming to delete the photo,” Mr Blinco said.

“The photo showed Crystal bending over and her underwear exposed over the top of her shorts that she was wearing.”

Dr Laming said he unreservedly apologised to both women.

The MP announced he would leave politics at the next election and would immediately go on medical leave and undergo empathy training.

Senior government ministers have resisted calls for Dr Laming to be sacked.

In a statement, the LNP said: “Dr Laming’s behaviour has not met the standards required of LNP members, and we support the Prime Minister’s direction to seek and undertake professional assistance.”

7.30 requested an interview with Dr Laming and sent questions to his office on Monday but did not receive a response.

7.30 contacted Dr Laming and his office on Tuesday for a response in relation to the information reported to Queensland Police but has not received a response.