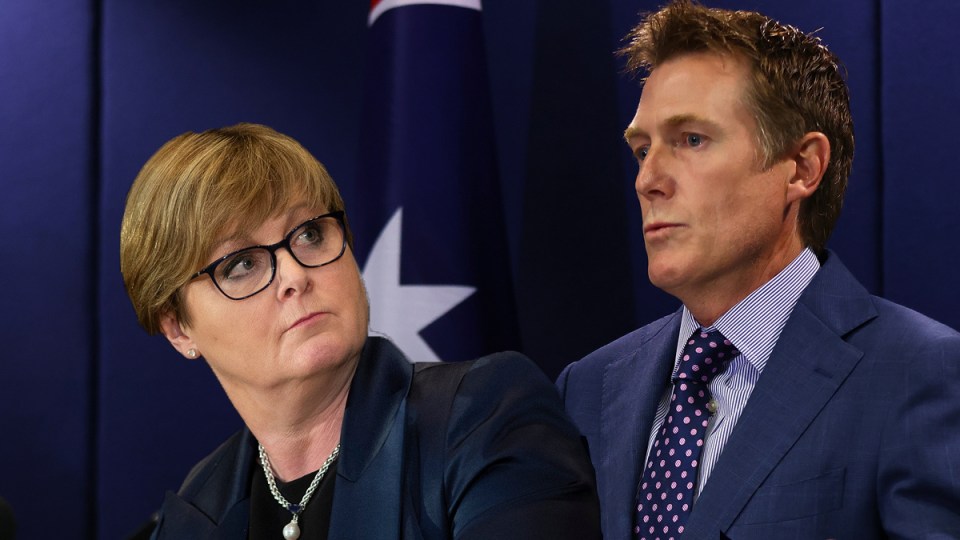 Linda Reynolds and Christian Porter are likely to lose some cabinet roles in the PM's reshuffle.

The Prime Minister has confirmed Linda Reynolds and Christian Porter will remain in cabinet, even though a reshuffle is looming.

Senator Reynolds is expected to be dumped from the defence portfolio over her handling of rape allegations raised by former staffer Brittany Higgins.

Mr Porter is likely to lose the attorney-general’s portfolio as he sues the ABC over its reporting of separate rape allegations, which he denies.

Scott Morrison has indicated both ministers will still feature on his frontbench line-up, with the reshuffle expected within days.

This is despite Mr Morrison repeatedly admonishing Senator Reynolds for her “disgraceful” response to the alleged rape, when she called Ms Higgins a “lying cow”.

Home Affairs Minister Peter Dutton, who is likely to replace Senator Reynolds in the defence portfolio, denied Mr Morrison was afraid to sack her.

“I don’t think the PM is afraid to sack anyone if they’ve done the wrong thing,” Mr Dutton told the Nine Network on Friday.

He said Senator Reynolds had done an outstanding job in defence and provided what she believed was enough support to Ms Higgins.

Mr Dutton also dug in behind the embattled Attorney-General.

“The Prime Minister has been very clear that he wants them to remain in cabinet and I think that’s appropriate,” he said.

Quizzed about his future prospects on Friday, Mr Dutton refused to confirm if he had been asked to take over defence.

“I’m very happy to be the Home Affairs Minister,” he told Nine’s Today.

It is speculated Employment Minister Michaelia Cash will be the new attorney-general, with Mr Porter switching to her portfolio.

The University of London honours graduate and former Freehills solicitor would be only the second woman to hold the position.

Her elevation would also make history in that the nation’s two most senior law positions – attorney-general and High Court chief justice – would be held by women.

Labor deputy leader Richard Marles said while Senator Reynolds made appalling comments about Ms Higgins, it appeared she was being hung out to dry.

Mr Marles said senior members of Mr Morrison’s office knew about the rape allegations and did nothing for two years.

He also pointed out if Mr Dutton became defence minister, he would be the sixth in eight years.

“They’re running at an average of one every 16 months. Is there any wonder the submarine program is in such a shambles?”

Mr Porter will return from stress leave next week. Senator Reynolds is due back at work on April 2.

Porter and Reynolds to remain in cabinet, even after looming shuffle