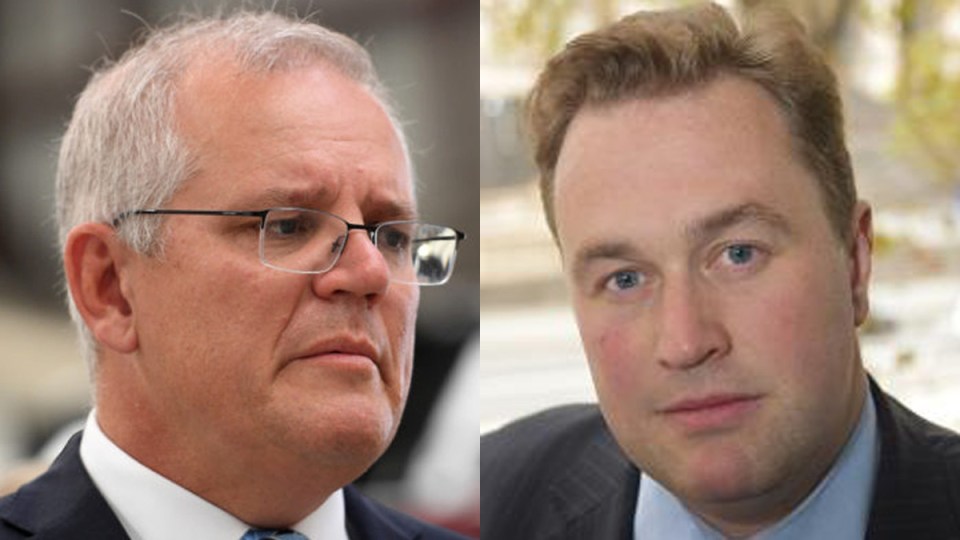 Federal government adviser Andrew Hudgson lost his job after being accused of yelling a horrendous slur at Tasmanian Greens leader Cassy O’Connor in 2019, while he was working for the premier.

The Department of Premier and Cabinet investigated the incident and could not substantiate the claim.

Mr Hudgson was subsequently moved to the office of federal frontbencher Michael Sukkar.

Ms O’Connor raised the incident under parliamentary privilege in the Tasmanian parliament on Wednesday night.

Mr Hudgson was then asked to resign.

Mr Morrison was asked how he chose what language constituted a sackable offence.

“The particularly vile language that was expressed by that staffer – not on one occasion, is my understanding – this only very recently came to our attention,” he said in Canberra.

“We dealt with this over the last couple of days, as I think you’d expect us to.”

Liberal minister Jane Hume said Mr Hudgsons’ resignation demonstrated the power of the past week in federal parliament, which has been dominated by questions around sexual harassment and abuse in politics.

“So many women have found their voices and have the courage to stand up and say this behaviour is not OK,” she told ABC radio.

“That’s a good thing, that’s a change that we needed to have.”

Mr Hudgson has been employed by various state and federal Liberals over many years.

Tasmanian independent senator Jacqui Lambie said while an in-house state government investigation cleared Mr Hudgson of any wrongdoing, that was not good enough.

“If you think by moving these people around this sort of behaviour is not going to catch up with them, especially now, I think would be terribly, terribly wrong,” she told Sky News.

His resignation comes during a time of intense scrutiny on workplace cultures in federal parliament.

Both sides of politics are under scrutiny for the treatment of women.

The issue of sexual harassment has been at the forefront of politics for weeks, after Ms Higgins claimed she was raped by a fellow Liberal staffer in 2019.

She has recently made a formal statement to police. But Ms Higgins said she initially felt pressured to choose between keeping her job or going to authorities.

A review of the culture at Parliament House has since been announced, to be conducted by Sex Discrimination Commissioner Kate Jenkins.

Political staff from both sides of politics want to ensure submissions to the review remain confidential and cannot be made public through freedom of information laws.

With Labor’s support, the government is introducing legislation to guarantee the submissions are private.