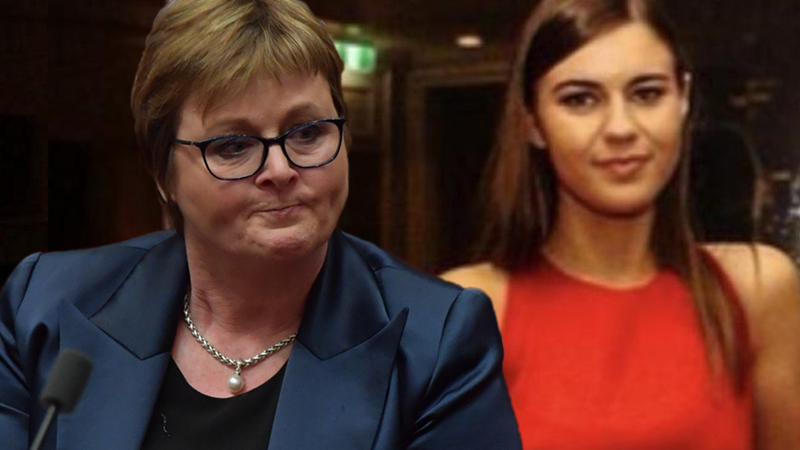 Brittany Higgins' claim she was raped in the office of then defence minister Linda Reynolds were discussed at Senate estimates on Monday.

Senator Reynolds made the remark after Ms Higgins, a former staffer, went public with her allegation that a colleague had raped her in the Minister’s office in 2019.

Senator Reynolds, who is on medical leave amid the fallout from the rape scandal, publicly apologised for the comments a week ago.

“I wish to further address that comment that I made. I did not mean it in the sense it may have been understood,” she said in a statement on Friday.

“Given that the comment was made public, which I never intended, I also want to retract it and unreservedly apologise to Brittany Higgins and acknowledge the hurt and distress it caused her.”

Senator Reynolds has never denied making the remarks in front of staff in her ministerial office. She has said the insult did not relate to the veracity of Ms Higgins’ allegations but rather the media reporting that followed her claims becoming public.

In her own statement, Ms Higgins said she accepted the Minister’s apology.

“This has been an immensely challenging period for me, and I wish to reiterate that the only reason I have chosen to come forward is to help others,” she said.

Any settlement from Senator Reynolds, left over after her legal costs, would go to a Canberra organisation that helps support and counsel sexual assault survivors, Ms Higgins said.

She has has commenced police proceedings for the alleged rape.

Senator Reynolds will remain on medical leave until at least April 2.