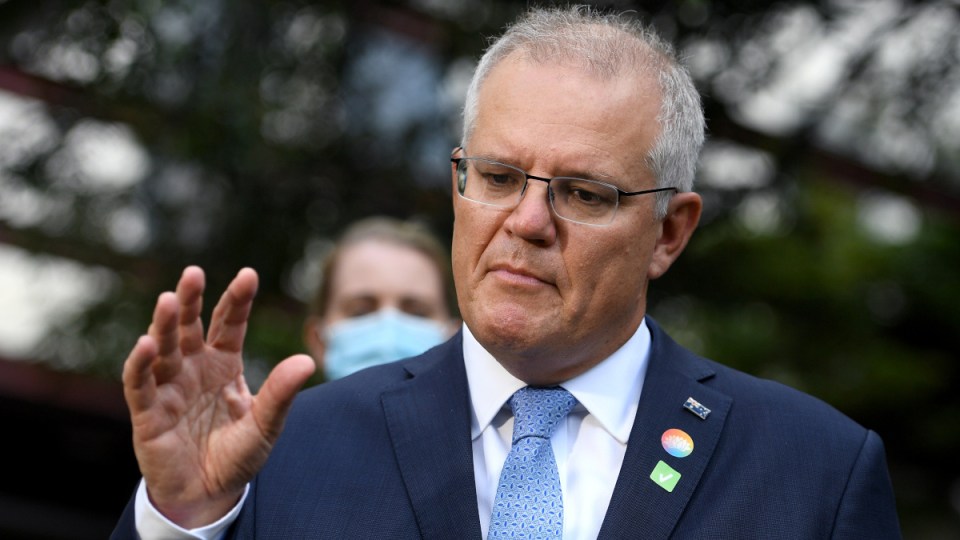 Scott Morrison's government has been rocked by rape allegations against an unnamed cabinet minister. Photo: AAP

Australian Federal Police have been notified of a letter sent to Prime Minister Scott Morrison detailing an alleged historical rape by a Cabinet Minister in the federal government.

The letter requests urgent action be taken by the Prime Minister to investigate the alleged rape, which occurred in 1988 before the accused man entered politics.

The matter has also been referred to the Australian Federal Police.

The letter was forwarded to AFP Commissioner Reece Kershaw by Labor’s Leader in the Senate, Penny Wong, and Greens Senator Hanson-Young, who were also recipients of the letter.

The letter, shared with Four Corners by a friend of the complainant, attaches a detailed statement prepared by the complainant for her lawyer about the brutal rape she alleges took place.

Last year, NSW Police set up a strike force with a view to commencing an investigation into the historical allegations about the Cabinet Minister after the woman came forward.

Strike Force Wyndarra was established by police after she reported in

Sydney in February 2020 to detectives from the NSW Police Child Abuse and Sex Crimes Squad that she had been raped by the man.

The woman had engaged a lawyer and told many friends about the allegation, but took her own life in June last year.

In a statement on Friday to Four Corners, Greens senator Ms Hanson-Young said: “This morning I received information regarding a disturbing and a very serious allegation of a criminal nature against a senior member of the government.

“Following the advice given to the Prime Minister by the AFP Commissioner this week, I have spoken with the Police Commissioner today, who is now taking steps in relation to this information.”

Senator Wong told Four Corners in a statement today that she had notified NSW, SA Police and the AFP, and would assist in any investigations.

“I have also written to the Prime Minister and Senator Hanson-Young to outline the steps I have taken, following receipt of this anonymous letter,” Senator Wong said.

“It is my hope that appropriate action is taken to examine the allegation.”
South Australia Police are investigating the circumstances of the woman’s death for the State Coroner.

Four Corners has seen the woman’s statement and spoken to many friends of the complainant whom she told about what she alleged took place and who knew her at the time of the alleged incident.

The letter urges the Prime Minister to set up an independent parliamentary investigation into the matter, similar to that commissioned by the High Court into allegations against former Justice, Dyson Heydon.

“When news of [the complainant’s alleged] rape becomes widely known to the public (as it most likely will), legitimate questions will be asked as to who knew what, when they knew and what they did,” the correspondent wrote.

“This is occurring today in relation to Brittany Higgins.

“In [the complainant’s] case, the loss of respect for our political institutions will be exacerbated by the aggravating factor of [the accused perpetrator’s seniority].

“Failing to take parliamentary action because the NSW Police cannot take criminal action [due to the complainant’s death] would seem like wilful blindness.”

Known for a year

Senator Wong, who was made aware of limited detail surrounding the woman’s allegation last year by the complainant herself, made a statement to South Australia Police when she discovered the complainant had died.

The woman had also written in 2019 to former prime minister Malcolm Turnbull, and he too wrote to South Australia Police with his knowledge of the allegation upon learning of her death.

South Australia Police had originally referred the woman to their NSW counterparts because she alleged the incident occurred in Sydney. SA Police are currently preparing a report into the circumstances of her death for the State’s Coroner, including her early release from a psychiatric institution in Melbourne.

The Coroner will then determine whether to conduct a public inquest into her death.

The woman alleged the sexual assault took place in Sydney in 1988, long before the man’s political career commenced.

NSW Police provided a statement to the ABC about the case:

“In February [2020], NSW Police received a report of alleged historic sexual abuse. Inquiries were commenced by officers from the Child Abuse and Sex Crimes Squad under Strike Force Wyndarra.”

Detectives from Strike Force Wyndarra were due to travel to Adelaide to take the woman’s formal statement in March 2020 but their trip was postponed after the COVID-19 outbreak erupted and state borders were closed.

Friends of the woman, who had years earlier been diagnosed with bipolar disorder, say her mental health deteriorated in the weeks before she took her life. She had made previous suicide attempts.

The NSW Police statement said: “On Wednesday 24 June 2020, the body of a 49-year-old woman was located at a home at Adelaide by South Australia Police (SA Pol).”

The day before she took her life, the woman informed NSW Police that she no longer wished to proceed with the investigation.

She would have turned 50 this week.

“NSW Police understand that reporting sexual assault can be distressing and traumatic for victims — and it (is) always the choice of an individual whether to proceed with an investigation or not,” the statement said.

‘My story, plain and simple’

The woman’s death means a criminal investigation into the politician can no longer proceed because the allegation cannot be tested.

The woman, who had been a brilliant and celebrated student at the time of the alleged incident, had prepared a long statement for her solicitor at the end of 2019.

“This is my story, plain and simple. It’s not pretty, but it is mine,” she wrote in the statement.

“And I stand by it, every single word and image in this document is true.”

In her statement, the woman alleged she had been anally raped by the man when she was aged 16.

“All I really want, in the end, is for this to have been reported to the NSW Police Force and to know that a copy of this document, and a transcript of any interview they might do with me, is in their archives…

“If this story does become public knowledge, I hope that it will encourage other women to come forward.

“Not for me, but for themselves … I also hope that other people who have endured similar traumas, should these facts become public knowledge, will feel less alone.”

The woman had told numerous friends who had become leaders in business, politics, the law and the arts, and the ABC has spoken to many of them.

“She was consumed with a trauma which she told me, deeply and consistently, was as result of an assault that had occurred, early in 1988, and her life at that point was really devoted to exploring how she could get some kind of justice, accountability and peace from that.”

In the months before her death, the woman had attended a psychiatric clinic in Melbourne.

“There were many of us that were willing to support and help her carry that burden to the extent that we could. And ultimately, of course, we couldn’t do everything we hoped,” the friend said, crying.