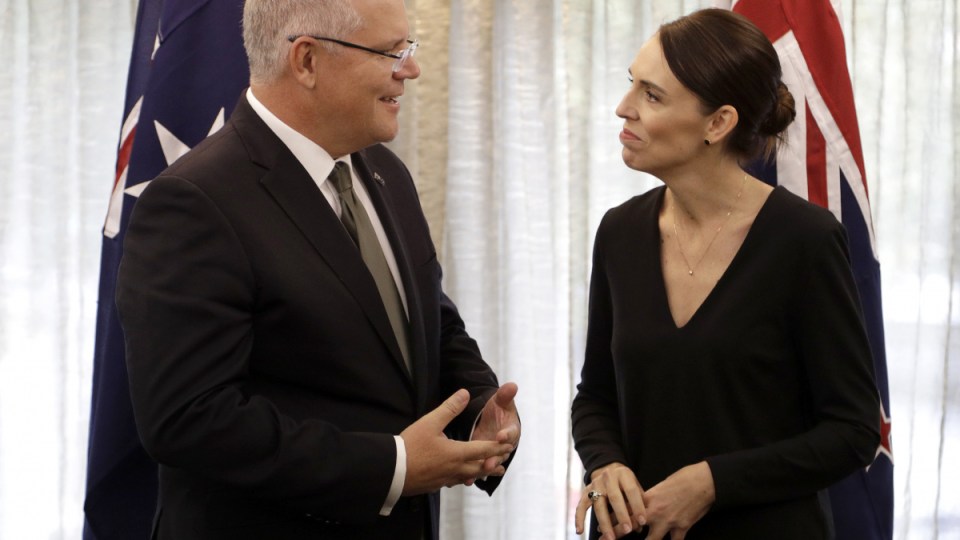 NZ Prime Minister Jacinda Ardern has unloaded on Scott Morrison, accusing Australia of “exporting its problems” amid a row over a former dual citizen who is allegedly aligned with ISIS.

The blast came after a woman and two children were reportedly picked up by Turkish officials for illegally entering that country from Syria.

Turkey claims the woman is an ISIS terrorist with NZ citizenship.

Ms Ardern said the woman was a dual Australian and NZ national, until Australia revoked her citizenship in 2020 – despite the Kiwi PM’s personal protestations.

“They left New Zealand at the age of six, were resident in Australia from that time, became an Australian citizen, left from Australia to Syria, and travelled on Australian passport,” Ms Ardern said in Wellington on Tuesday.

“Our very strong view on behalf of New Zealand and New Zealanders, was that this individual was clearly most appropriately dealt with by Australia.

“I raised that issue directly with Prime Minister Morrison and asked that we work together on resolving the issue.

“I was then informed in the following year that Australia had unilaterally revoked the citizenship of the individual.

“You can imagine my response.”

Ms Ardern said she told Mr Morrison directly that should the woman require public support from New Zealand, she wouldn’t attempt to be diplomatic.

“He’s been forewarned of that continuously, and this morning I did that again,” she said.

“We have continually raised with Australia our view that the decision was wrong. My concern however now is that we have a situation where someone is now detained with two small children.

“If the shoe were on the other foot, we would take responsibility, that would be the right thing to do. And I ask of Australia that they do the same.”

“Our actions as a nation have left these two young children even more vulnerable than they already were.

“The Australian government must immediately act to repatriate Australian children and their mothers, including these two children born to an Australian mother.”

Ms Ardern’s blast came almost exactly a year after she delivered a similar blast standing next to Mr Morrison on a visit to Sydney.

At a media conference at Admiralty House in February 2020, she lashed out Australia’s “corrosive” criminal deportation policy.

Ms Ardern said the policy – under which 2000 people have been forcibly sent back to New Zealand – was causing unintended hardship.

“Australia is well within its rights to deport individuals who break your laws. New Zealand does the same. But we have a simple request – send back Kiwis, genuine Kiwis,” she said.