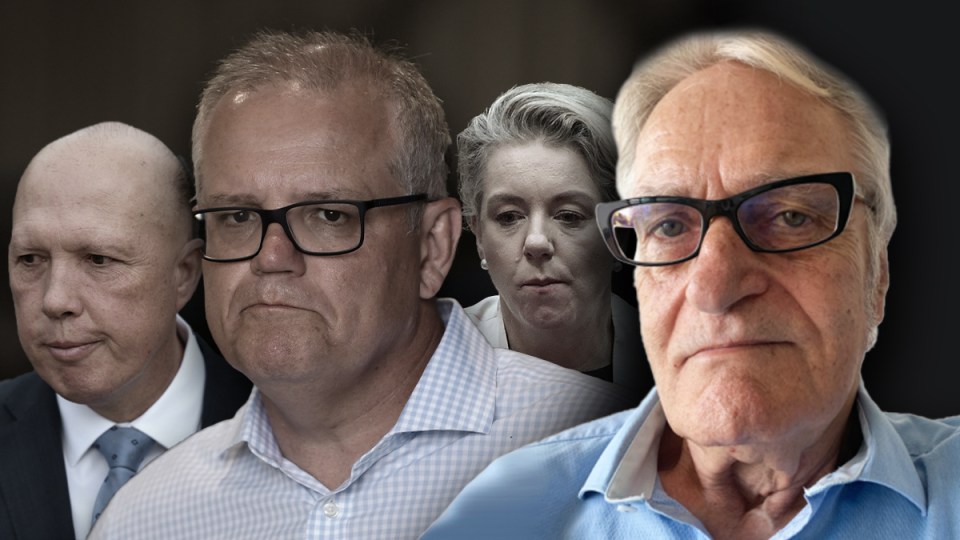 A perfectly formed example of just how corrupted our public administration has become occurred on Thursday near the bridge crossing the Shoalhaven River in Nowra, two and a half hours south of Sydney

Foreign Minister Marise Payne was there to inspect bridgework across the river in the middle of town – a $342 million New South Wales and Commonwealth infrastructure project promised prior to the 2019 election.

Labor won the seat of Gilmore but the Liberals, with a keen eye on the next election, was flying the party flag, cheering on delivery of a promise and sowing seeds for a possible new local MP.

Senator Payne didn’t go ahead with her planned media event, put off by the arrival of Labor MP Fiona Phillips who assumed the elected local member should be present at a big publicly funded event on her patch.
Phillips watched Liberal senator Jim Molan speak – before Payne left without uttering a word – but was told she couldn’t take part in the announcement as it was “a Liberal event”.

The promise for funds to upgrade the Nowra bridge was central to Liberal attempts at wrestling the Labor seat back to the Coalition fold, with prime ministerial favourite candidate Nyunggai Warren Mundine shoe-horned in against the wishes of Liberal rank and file.

It failed – but Morrison never admits defeat, and he has Gilmore on his target-seat list for this year’s election.

As election time rolls around – September and October are months most mentioned – it will be interesting to see whether Morrison and his ministers take their foot off the opening gear for the pork barrel sluice gate.

Will they chance another round of sports rorts? Will more safe streets and communities pledges be made? Will women’s sport be singled out for extra bags of funds, wanted or unwanted? What about some new park and ride facilities for train stations?

Being a wealthy private school will not disqualify anyone from sporting sheds or rowing club kit – every player can win a prize if you’re in the right marginal seat with the right number of appropriately coloured ticks on a ministerial spreadsheet.

The Nowra bridge is spare change in the billions spent on grants schemes that festooned the last federal election campaign, but it’s a political carbuncle that oozes the putrid pus of corrupt process.

Sure, the bridge upgrade is needed and will be welcomed. However, it’s only being done for political reasons. If it was in the safe seat of Riverina, motorists would have to suck it up as they bounced into a pothole here and there.

The failures and faults of Donald Trump’s administration were measured in many ways, none more compelling than the constantly updated Fact Checker at The Washington Post.

By the time Trump left office, the Post had tallied 30,537 lies, falsehoods and misleading claims.

If Trump’s corruption of public life is measured in lies, Morrison’s should be counted in rorted and maladministered funding schemes – with a slew of outright dodgy, tender-free deals sprinkled on for pungency.

The latest issue of The Monthly had just hit newsstands and websites with an exhaustive look at government scandals by editor Nick Felk when the ABC’s 7.30 added to the already long and winding hall of shame.

Scandals are nothing new in Aust politics, but the way they have piled up in the recent years of Coalition government points to a critical shift in our governance. Acts of malfeasance and impropriety have become more than isolated episodes.

Former deputy Nationals leader Bridget McKenzie’s election-ready spread sheet of grants aimed at marginals tops most people’s list but the stacking of government bodies like the Administrative Appeals Tribunal – where almost 100 Liberal mates including former MPs, candidates and staffers have been salted over the past seven years – should not be overlooked.

Stunningly, McKenzie still claims she did nothing wrong, repeating her sainted self-assessment at a Senate hearing on Friday and declaring she was proud of the program. During the hearing, McKenzie sought to have the word “rort” struck from the record. She failed.

Now Home Affairs Minister Peter Dutton has been exposed as having intervened to shift money around with plenty of spending redirected to seats the government wanted to win or was keen to defend.

Dutton calls criticism of his obvious distortion of the granting of funds as “absurd” because he was just spreading the cash around in a scheme that was clearly oversubscribed.

When he was asked about the Dutton community-safety money tree, Morrison blamed those asking questions: “It’s just the Labor Party throwing mud, it’s what they do”.

Morrison insists he’s not aware of “any breaches of any rules or regulations in relation to the administration of that program”.

There are myriad examples of societal changes which sped up during the last 12 months of SARS-CoV-2, whether it’s working from home or shopping online.

One trend that has become more prevalent is the complete absence of consequence for poor public behaviour and administration aka corruption and cronyism. Now more than ever we need consequences, we deserve consequences. The insouciant, lackadaisical attitude of leaders like Scott Morrison is a disgrace.

Dennis Atkins: Scott Morrison will leave a legacy of pork-barrelling without consequence