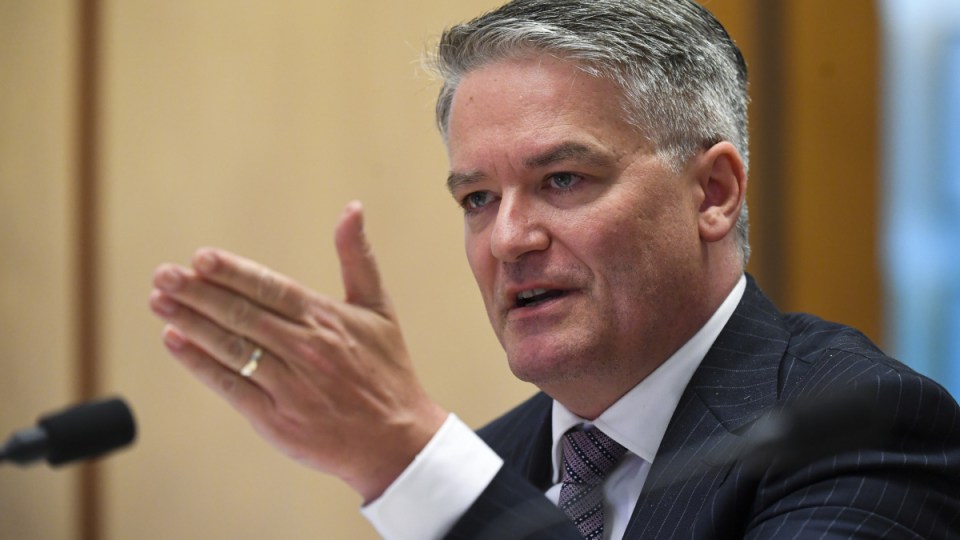 Mathias Cormann at one of his final rounds of Senate estimates hearings earlier in October. Photo: AAP

Mathias Cormann, who entered the Senate in 2007, has no regrets from his time in federal politics.

“My very simple view is at all times, try to do the right thing for the right reasons in the right way, and everything else will take care of itself,” he told Sky News on Friday.

“But in the end, you’ve got to be able to live with your own judgments, and I certainly leave at peace.”

Senator Cormann is a widely respected minister and chief government negotiator in the upper house, but his career has not been without controversy.

He was instrumental in overthrowing former prime minister Malcolm Turnbull and was condemned for smoking a cigar with former Joe Hockey before handing down a tough budget in 2014.

“I know that it became a big thing,” Senator Cormann said of the cigar saga.

“I thought there was a lot of politically-charged hypocrisy in the characterisation of what it meant.

“But in substance, there is surely nothing wrong after a hard day’s work to catch up with a mate and have a cigar.”

Senator Cormann is leaving parliament to run for the position of secretary-general of the Organisation for Economic Co-operation and Development.

Trade Minister Simon Birmingham will replace him as Senate leader and finance minister.

Senator Birmingham was sworn in during a ceremony at Government House on Friday.