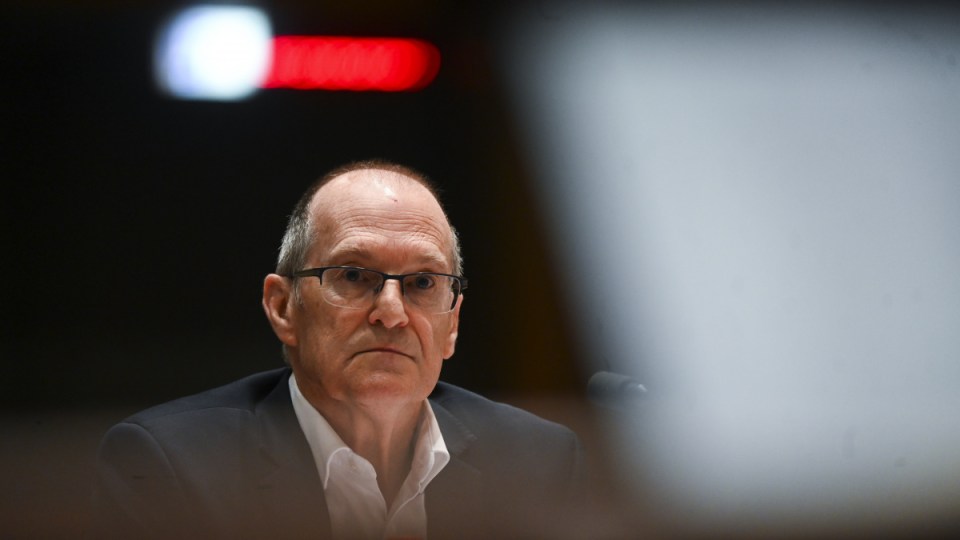 The head of the Prime Minister’s Department has told a parliamentary inquiry only the former sports minister Bridget McKenzie and the head of Sport Australia were interviewed during his investigation into whether the then-minister breached ministerial standards.

A Senate committee is currently examining the administration of the Federal Government’s contentious $100 million community sports grants scheme, which an auditor-general’s report found was focused on marginal and target seats in the lead-up to the 2019 election.

After the report was released, Department of Prime Minister and Cabinet secretary Phil Gaetjens was asked by Scott Morrison to look into whether then-agriculture minister Bridget McKenzie had breached ministerial guidelines in her role overseeing the program when she was the sports minister.

While his subsequent report has not been published, he did acknowledge the senator had breached standards by not declaring her membership of two gun clubs that had received funding, leading to her resignation.

In a submission to the inquiry, Mr Gaetjens said he found there were “significant shortcomings” in the way Senator McKenzie decided on grants but disagreed with the auditor-general’s findings about bias.

Today, the inquiry heard that just two people were formally spoken to as part of his investigation.

“There was one interview with Senator McKenzie and then there was a phone call with the [chief executive officer] of Sport Australia [Kate Palmer] … and there was evidence gathering as well,” Mr Gaetjens said.

The inquiry heard Mr Gaetjens’ office sent the senator two letters asking questions before the face-to-face interview and then he met with her again on the Sunday of her resignation to go through his findings with her.

Labor senator Katy Gallagher questioned why neither Mr Gaetjens nor any of his departmental staff who were also working on the investigation reached out to staff in either the Prime Minister’s or Senator McKenzie’s office, or sought extra evidence mentioned in the auditor-general’s report.

“Now Mr Gaetjens, on his limited evidence … disagrees with that finding from the audit office [of bias in decision making],” Senator Gallagher said.

Mr Gaetjens defended his inquiry, saying it focused on the data and arithmetic used to determine where the grants were allocated, which showed no evidence of bias.

“The remit of my inquiry was to look at the minister and did she apparently breach the standards,” he said.

“That went to fairness, it also went to disclosure of interests.”

What exactly the remit was is still unclear because the letter asking Mr Gaetjens to look into the matter is considered cabinet in-confidence.

“I think that was written for the purposes of an inquiry that ended up in the Government’s committee of cabinet,” he said.

Mr Gaetjens said while the Australian National Audit Office (ANAO) report was done over a period of 10 months, his — which took two weeks — did not need to cover as much ground.

“I will not stand by here and just be criticised for saying it’s a limited process,” he said.

My job was not to replicate the auditor-general … he was doing a different job, I was asked about apparent breaches of the minister.”

“I was not asked to go over and audit the entire program, the auditor-general had already done that.”

Mr Gaetjens said he was not asked to consider whether the minister had, or should have had, the legal authority to be the final decision-maker for the scheme.

Earlier this year, the ANAO released details of emails between the Prime Minister’s Office and the staff working for the then-sports minister.

Mr Gaetjens also denied knowledge of communication between the Prime Minister’s office and Senator McKenzie’s staff about the program.

The inquiry heard 136 emails relating to the scheme went between the offices of Scott Morrison and Senator McKenzie.

“There’s been comment that there’s been emails between the Prime Minister’s staff and the then-minister’s office but I haven’t seen any of that,” Mr Gaetjens said.

Mr Morrison has always maintained he had no involvement in the grants program, other than to refer projects mentioned to him by backbenchers to Senator McKenzie for consideration.

Melania Trump: Bombshell revelations about what she did during US Capitol riot
Retailer pauses facial recognition tech trial after privacy complaint
Donald Trump grabbed at steering wheel in bid to get to Capitol riot
Two charged over US migrant truck deaths
Governor-General admits ‘mistake’ over Insta ad endorsement
Hundreds of hives destroyed in bee mite eradication effort
Scott Morrison and President Xi Jinping have not spoken for more than a year
Today's Stories