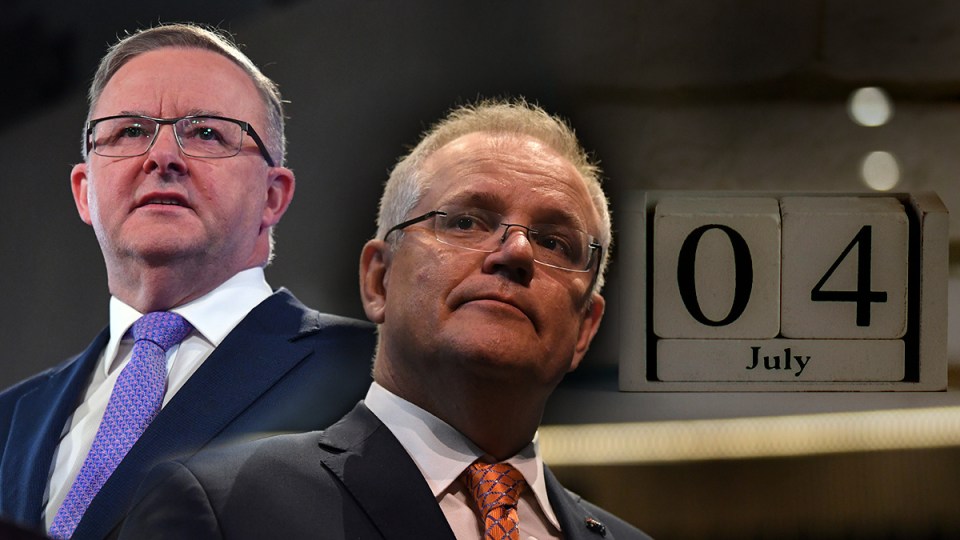 The stakes are high for the Prime Minister and Opposition Leader in the Eden-Monaro byelection. Photo: Getty/TND
analysis

If all politics is local, as the great, late US House of Representatives Speaker Tip O’Neill once said, the Labor party should win next weekend’s by-election in the south-eastern New South Wales seat of Eden-Monaro.

The devastating impact of what’s regarded as the worst drought in more than a century and the 2019-20 summer of deadly and unforgiving bushfires have left brutal marks across the electorate, which stretches along their coast from Bodalla to the Victorian border, across to Yass in the north west and down to the Alps in the south.

It’s an election like no other, which adds a large degree of difficulty to any understanding and reading of what’s going on in a district that contains one big population centre in Queanbeyan, a handful of middle-size towns (rural and tourism-based) and myriad villages and little settlements.

The COVID-19 pandemic has made the by-election a test run for what will be the new normal for retail politics in Australia, at least into the medium term.

Public meetings and rallies were out, there’s been no door knocking and, when voting does take place next Saturday, it’s going to be a case of casting ballots at an appropriate social distance.

The unique circumstances have prompted more people than usual to vote through postal ballots and pre-polls.

By the end of the past week almost 30,000 people had already voted, more than double what was seen at the general election.

Both McBain and her main opponent, the Liberals’ Fiona Kotvojs, are concentrating much of their efforts in social media, mainly Facebook.

Both the major parties will pick over the election results to see where people have been getting information about the contest and what’s been working.

Eden-Monaro used to be known as Australia’s bellwether electorate which always went to the winner of national elections. This half century long streak was broken in 2016 when Labor’s Mike Kelly won despite the Liberal and National parties holding onto power.

Scott Morrison is trying to not just bring the seat back to the government benches but to also crack a 100-year trend which has seen opposition parties holding seats at by-elections.

Morrison wants to win because it would increase his notional majority of just one seat, while Labor’s Anthony Albanese is desperate to succeed at his first real test as Opposition leader.

There’s no doubt it will be a close contest -– just as it was at the general election 13 months ago, when Labor hung on by just 0.9 per cent. The few polls published during the campaign suggest the outcome of the by-election is almost too close to call.

Of those polls seen in recent weeks, one by the Australia Institute looks to be most reliable, and that gives Labor an edge.

Labor and Liberal have seen their vote share fall, although the ALP has held on to enough of its relative support to put McBain in a better position going into the by-election.

This poll has Labor on 36.5 per cent of the vote, down 2.7 per cent on the 2019 election outcome. The Liberal vote had dropped much more dramatically, down just over 7 per cent to 29.9 per cent.

History suggests caution when looking at preferences – Eden-Monaro voters opting for minor parties and independents tend to ignore how-to-vote cards – but the strong showing in the poll by the Greens (on 8.1 per cent) and the Shooters, Fishers and Farmers (6.5 per cent) should benefit Labor which receives preference support from both these minor parties.

The decision by the Nationals to run has infuriated the Liberals (at the last general election the minor Coalition partner leaked almost 13 per cent to Labor in preference flows) and could be one more factor hindering Kotvojs from scoring a win.

When asked about what issues concern them most, voters told the Australia Institute pollster uComms they rated the economy as most important with 31 per cent nominating this.

The second most concerning issue was climate action, which was rated as a matter of primary importance by 25 per cent of respondents, which is not surprising because of the drought and the savage summer bushfires.

The group Farmers for Climate Action has been very active in the electorate, having taken out full-page advertisements this week in local newspapers throughout Eden-Monaro.

While COVID-19 and the economic fallout has dominated national news in the period leading up to the calling of the by-election and throughout this campaign, people in Eden-Monaro are looking to what’s happening in their own communities and what’s being done for the future.

The summer bushfires and the indisputable link to climate change means people are focused even more intensely on those connections and the need to have policies which at least mitigates any impacts.

One national issue that has drawn the attention of Eden-Monaro voters is what’s going to happen with government support when existing schemes reach a scheduled end point in September.

One question and response from the Australia Institute poll not published previously measured support for extending the JobKeeper scheme beyond September with 64 per cent of voters saying it should be kept as a financial support (46 per cent say it should stay in place for certain industries and 18 per cent say all segments of the economy should continue to have access to the scheme).

The various moving parts in this election suggest Labor will hang on to the seat (probably with an overall swing of 1 or 2 per cent) and the century-old tradition of governments not winning electorates from oppositions will remain intact.

What looks certain is that we won’t go to bed next Saturday night knowing for sure who has won.

This will most likely be decided on the flow of preferences and they will need at least a few days to be counted fully.