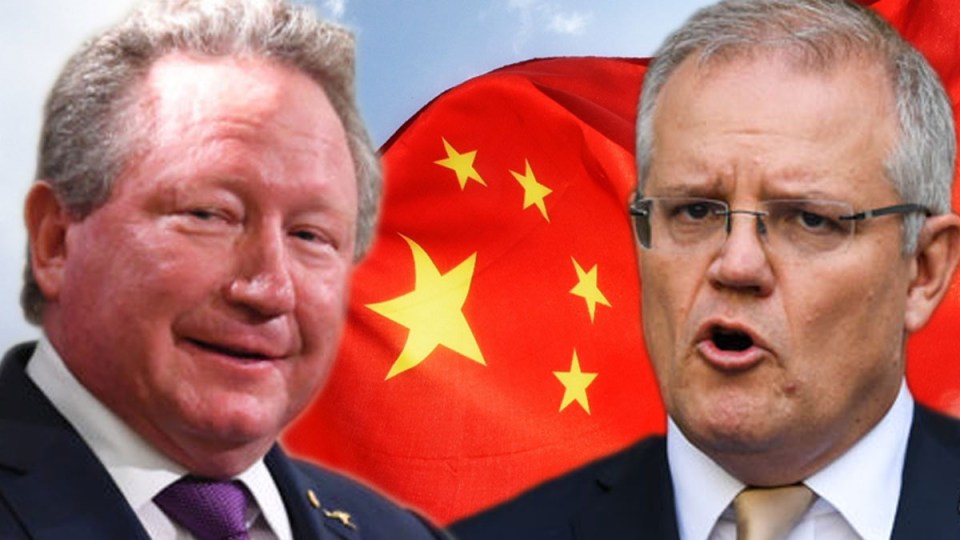 Scott Morrison has slammed as “fantasy land” suggestions that the coronavirus started anywhere other than China.

The Prime Minister said he would push ahead with calls for a global inquiry into the origins of the deadly disease, despite diplomatic blowback from the Chinese government.

“I don’t think anybody is in any fantasy land about where it started – it started in China,” he told 2GB radio on Friday.

“What the world over needs to know – and there’s a lot of support for this – is how did it start and what are the lessons to be learned?

“That needs to be done independently. And why do we want to know that? Because it could happen again.”

Mr Morrison also criticised mining magnate Andrew (Twiggy) Forrest for inserting himself into the debate this week, with questions about the origins of the virus and a surprise invitation to a Chinese diplomat to speak at a government media conference.

“That’s what I’ll do, I’ll talk to the experts in their fields.”

Mr Morrison confirmed on Friday that the government did not invite Mr Long to Wednesday’s briefing.

It has also emerged that Mr Forrest questioned the origins of COVID-19 in a podcast by the West Australian newspaper on April 2.

“There is a very broad range of understanding that there is definitely a need for an independent and transparent review,” she told ABC radio.

“We have been very gratified by the engagement we’ve had in recent days and in the last week, with the Prime Minister’s calls and my own.”

Chinese ambassador Cheng Jingye has floated a consumer boycott of Australian products in retaliation to the review.

Liberal MP Trent Zimmerman said Chinese diplomats had been “downright despicable and menacing” since Australia started pressing the case for an investigation.

But Senator Payne was unmoved.

“What we do need to do is to put that stake in the ground, to say we need to have an independent and transparent review,” she said.

Earlier, WA Premier Mark McGowan refused to weigh in on Mr Forrest’s actions but warned Australia could not afford to jeopardise its partnership with China.

“But for us, the country would be underwater and I don’t think the eastern states fully appreciate that,” he said.

“Around 25 per cent of this state’s economic activity is based upon trade with China … I think keeping good relationships with China and our other trading partners is very important for our economic survival.”

He also pleaded for cool heads to prevail.

“Don’t cut off your nose to spite your face,” Mr McGowan said.

“The federal government is racking up generations of debt in the course of one year to save businesses and save our economy and we’re going to have to pay for it at some point in time.

“All I’d say is let’s perhaps calm down a little bit, work co-operatively with our trading partners and make sure we continue to have an economy when all this is over.”