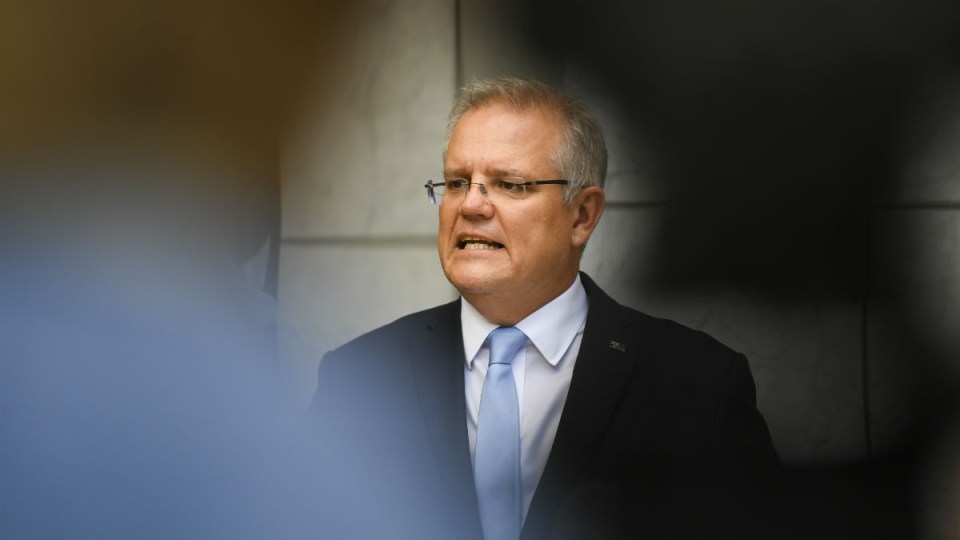 If you're feeling confused about the coronavirus latest, maybe that's because the messaging is changing day by day. Photo: Paula Matthewson
analysis

Everywhere you look, from traditional news outlets to social media, there are widespread and vocal complaints that people are being made even more anxious by the mix of confusing and competing information that’s flooding across our screens and jamming the airwaves.

This is obviously a problem – simple, clear and understandable messages are needed in times of emergency or crisis, particularly when lives could depend on us being able (and willing) to follow any instructions.

So why is Scott Morrison and his Chief Medical Officer finding it so hard to get the message out to Australians? It might be easy to conclude the government is just not really very good at communicating. There’s plenty of evidence to back up that assumption.

But there are three other more complex reasons that are making the task even more difficult.

The first, and most challenging reason, is that medical experts are unable to agree on the best way for Australia to tackle COVID-19. The Morrison government’s staged approach, gradually closing down some but not all parts of our economy and society, follows the advice of its expert panel, which is made up of the national, state and territory chief medical officers.

But another group of medical experts disagrees with this gradual approach, and has argued that a complete shutdown, essentially placing the entire nation into a month-long quarantine, would arrest the spread of the virus.

While the second group of medical experts acknowledge this would have an even more devastating impact on jobs and the economy than we’re seeing, they’ve argued it would be less destructive overall because Australia could move quickly to restore its economy once the month-long quarantine was over.

The first group of medical experts don’t believe the virus can be stopped in a month, even with a complete shutdown of Australia.

So, we’re trying out Deputy Chief Medical Officer No.3.
Pleading with us to believe their best medical advice. #auspol #COVID19au

And this is where the second complexity comes in, which we have discussed before: the government’s trust deficit with voters.

When a community trusts a government to act in its best interests, citizens will generally do what that government instructs them to do. Even if the message is garbled.

But when that government is distrusted, citizens fall prey to their own cynicism, preferring to believe almost anything that runs counter to what the government says. Take a look at #auspol on Twitter to see this Covid-19 counter-revolution in all its sordid glory.

Of course, this is not to suggest that governments should not be scrutinised or criticised during times of emergency or crisis. However, the media, opposition parties, and anyone else with a platform or audience have a responsibility to strike a balance between holding governments to account and ensuring that Australians are provided with the facts they need to make informed choices.

For some, finding that balance seems to be too much to ask. Everyone from former prime ministers Kevin Rudd and Tony Abbott to the local Uber driver has an opinion on what Mr Morrison and his government should be doing better/differently.

Remember when the government threatened to kill Johnny Depp’s dogs because of quarantine risks and then let in an entire cruise ship of people who were quarantine risks? #auspol #coronavirusau

This is the third element making it difficult for the PM to get out a clear, simple message: base political motivations. Mr Morrison can’t find enough humility in his heart to bring his chief political opponent into the national cabinet. And, in turn, that opponent, Anthony Albanese, can’t resist the temptation to reward the rebuff by agitating against almost everything the PM proposes.

In the midst of this life-or-death emergency – when clear and consistent messages are needed more than ever – differences of expert opinion, voter distrust and political expediency are making the communication task even harder for the Morrison government.

The government is to blame for much of it. Australians are left wondering what to do, who to trust, and how to endure the ultimate outcome. That’s the only other clear message.

‘I am not afraid’: The modern unknown soldier risks it all in Ukraine
Energy market reform will be a big boost for emissions reductions: Chris Bowen
Greens sign up for Labor’s looming jobs-and-skills summit as Liberals stick with boycott
Joe Biden’s $430b green victory for the environment
China cementing its Thailand ties with joint military exercises
NRL: Titans frantic to end 10-game losing streak as Manly showdown looms
Coronavirus boom: The businesses thriving amid the pandemic
Today's Stories

Coronavirus confusion isn’t made any clearer by political messaging