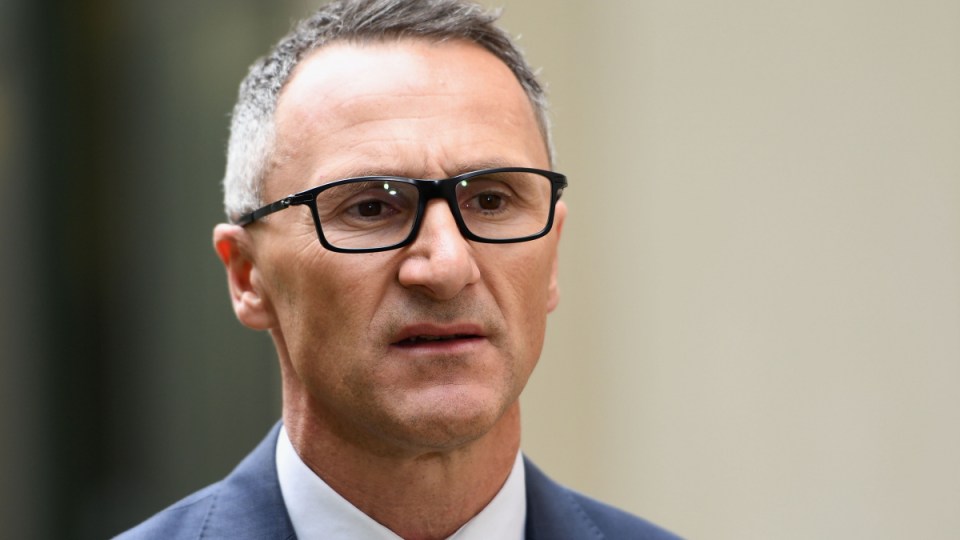 Richard Di Natale has stood down as leader of the Greens. Photo: Getty

Richard Di Natale has quit as Greens leader and will leave politics within weeks in a shock resignation on the first day of the 2020 Parliament.

The former GP told his colleagues on Monday he would resign as leader, immediately triggering a leadership spill, but will remain in the Senate until his replacement is chosen through a casual vacancy.

“The more I thought about it, the more I thought it was really important that we give someone a good opportunity to launch into the next election. And particularly at the moment, when it’s so critical to hold this shocking government to account for their failure on fires,” he said.

But he hinted at a press conference that a “consensus” about the new leader could emerge, avoiding the need for a ballot – as Melbourne MP Adam Bandt quickly put his hand up for the top job. There is even talk of a co-leader from the Senate.

I will be standing for Greens Leader.

Thank you Richard for your leadership and service to Aust.

I look forward to talking with my colleagues about how we share leadership across the House & Senate as we fight the climate emergency and inequality with a Green New Deal.

The Victorian senator said quitting politics to spend more time with family was “a cliche” but in his case was true.

“As it turns out, in some cases it’s true. My boys are nine and 11 years old and they have only ever known their dad as a busy, tired and sometimes grumpy politician,” Senator Di Natale said.

“As they grow up quickly to become young men, I want to spend more time by their side than a relentless political schedule allows.

“I’m going to resign as a senator, once my replacement is chosen, and I expect that will happen at some point towards the middle of the year.”

This morning I took the incredibly difficult decision to step down as Parliamentary Leader of the @Greens. It’s not something easily put into words because representing this incredible movement has been one of the biggest honours of my life. Farewell and thank you for everything. pic.twitter.com/WAOHl7neW0

Senator Di Natale has previously discussed the toll of political life on his family, including his partner Lucy Quartermain, following a political scandal about how much they were paying an au pair several years ago.

“I’ve been in this gig 10 years, I’ve seen half a dozen prime ministers come and go, I’ve seen political chaos and turmoil all around us,” he said.

“We are going from strength to strength and I feel very confident in my future for the Greens.

“As for me, look, [I won’t] hang around the Parliament [like a bad smell]. I can’t believe we have some of these jokers hanging around causing problems for future leaders the best thing you can do once you’ve made a decision to resign is to leave your phone number with the person who follows you and let them know you are always there, should they need your advice but only if they want your advice.

“I don’t know what comes next for me, but I intend to continue to make a positive contribution to the issues about which I have been so passionate for my entire adult life: Green politics, climate change, health, issues affecting First Nations people and tackling inequality.”

My dear friend @RichardDiNatale has done an outstanding job for nearly 5yrs, leading with compassion & reason. He’ll be sorely missed. Our party room is full of ppl motivated to fix the world. They’re the best colleagues. I’m seeking their support to remain Deputy Greens Leader.

The 10-member Greens Party room will decide the new leadership team on Tuesday.