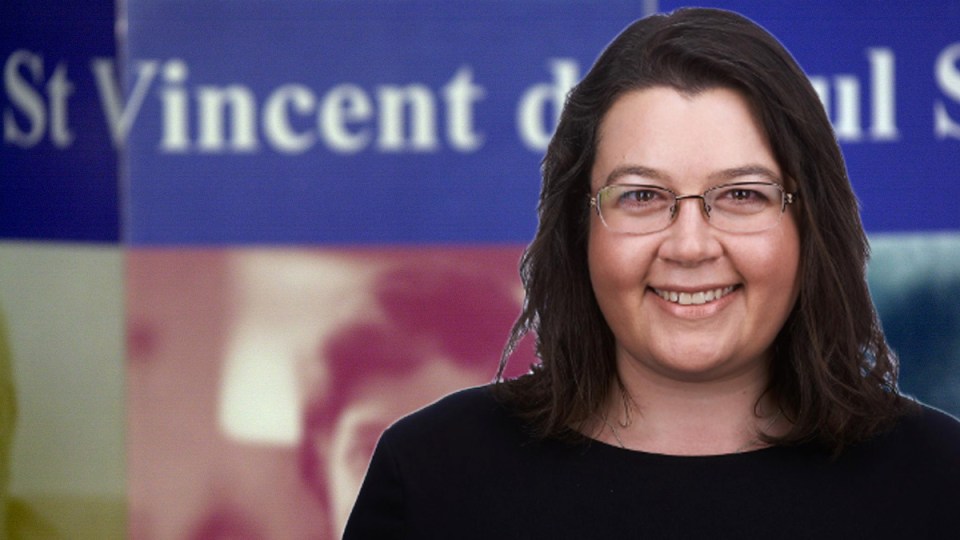 Vinnies boss Claire Victory says the charity does not require volunteers or staff to be Catholic. Photos: AAP/The New Daily

Vinnies has urged the federal government to leave the Catholic charity out of the debate around proposed religious freedom laws.

Attorney-general Christian Porter referred to the charity three times during a media conference to explain broadening the types of religious groups that will be able to hire and fire staff based on their faith.

But St Vincent de Paul national president Claire Victory said on Wednesday the charity did not require employees or volunteers to be Catholic.

“We have never required this of people working in our shops,” Ms Victory said.

“Nor do we require employees and volunteers engaged in the state and national secretariats to be Catholic.”

Ms Victory said certain roles within the organisation, which have a particular responsibility for overseeing the charity’s mission and ethos, are usually filled by Catholics.

But she said these roles might also be filled by people who shared basic Catholic beliefs.

“As the culture bearers for a large national organisation this leadership embodies the Christian values that underpin the Vincentian vocation,” Ms Victory said.

It is an embarrassing intervention for a government trying desperately to regain support for its “friendless” legislation.

Business and community groups remain deeply unimpressed with a second draft of the religious freedom bill.

But Mr Willox said the government needed to make further changes to the bill.

The Australian Medical Association said doctors could have their own beliefs and values, but they should never affect a patient’s access to care.

Doctors can have their own beliefs & values but should take whatever steps are necessary to ensure a patient’s access to care is not impeded. The AMA will make a submission on #ReligiousDiscriminationBill that reflects our policy on conscientious objection https://t.co/7qjU9myO2u pic.twitter.com/2TXWMPVDkR

The Public Interest Advocacy Centre described the redrawn bill as an attack on human rights, warning it would give religious organisations a free license to discriminate.

The draft legislation has been updated to ensure charities, hospitals and aged care homes will be able to hire staff based on their religion.

The objection must be to a procedure, not a person.

However, it will allow pharmacists to refuse to dispense contraception, and doctors to refuse providing fertility treatment, provided they declined to provide that particular service to all patients.

“The extent of the harm potentially inflected by this bill will impact anyone whose marital status, sexuality, or personal life somehow offends the sensibility of people or institutions who provide vital services,” he said.

“Surely we have learnt from the recent royal commissions that giving religious organisations special treatment and allowing them to make up their own rules can have an intensely harmful impact on the most vulnerable.”

Leave us out of religious freedom debate, Catholic charity urges