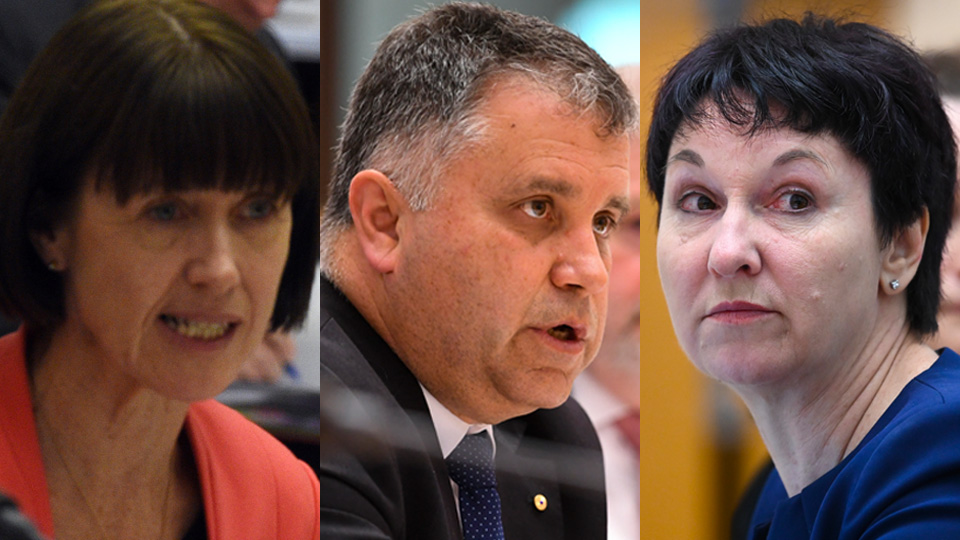 Scott Morrison has swung an axe through the public service, dumping five department heads and slashing departments in a pre-Christmas shake-up.

But Thursday’s move blindsided public service chiefs, who complained they had been given no warning of the Christmas purge.

“Australians should be able to access simple and reliable services, designed around their needs,” Mr Morrison said.

“Having fewer departments will allow us to bust bureaucratic congestion, improve decision-making and ultimately deliver better services for the Australian people. The new structure will drive greater collaboration on important policy challenges.”

The number of cabinet ministers will remain the same, which means there will be more ministers than departments.

But the sacked head of the Department of Communications and the Arts, Mike Mrdak expressed his displeasure in a frank memo to staff.

“I was told of the government’s decision to abolish the department late yesterday afternoon,” Mr Mrdak said.

“We were not permitted any opportunity to provide advice on the machinery of government changes, nor were our views ever sought on any proposal to abolish the department or to changes to our structure and operations.”

A new Department of Infrastructure, Transport, Regional Development and Communications will also include the arts.

The Department of Industry, Science, Energy and Resources will now include emissions reduction.