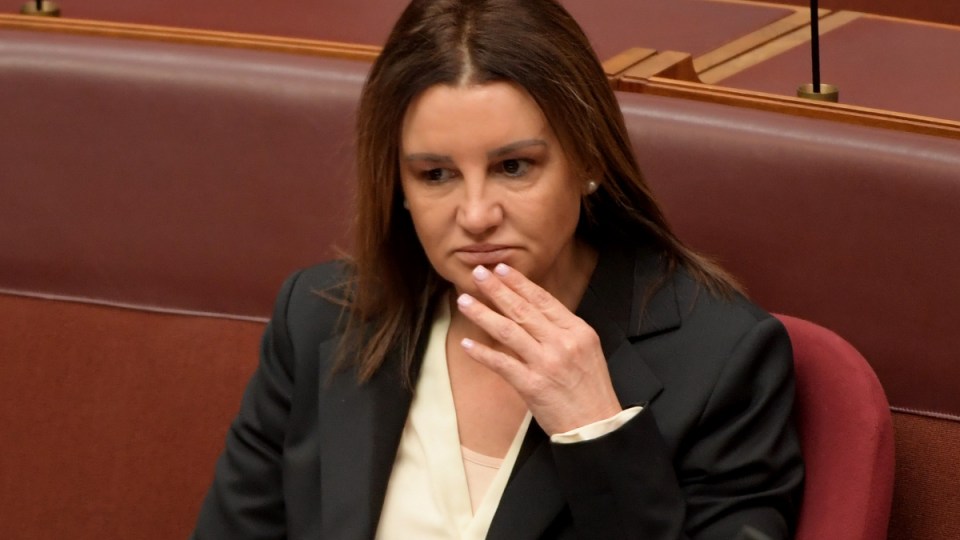 Senator Lambie said leaders must "be brave" and pull back Australia's reliance on China as a trading partner. Photo: AAP

Independent Senator Jacqui Lambie has accused both major political parties of lacking the courage to protect Australia from the “existential threat” of Chinese foreign influence in an impassioned speech to parliament.

“It’s about time the people in this place woke up to China’s attempts to infiltrate our economy and our democracy,” Senator Lambie said.

“Both sides of politics need to take a good hard look at themselves and make sure they’re acting in our national interest which quite obviously, over China, they are not.

The outspoken Tasmanian crossbencher made the comments during a debate in the Senate on Tuesday night, while urging the Coalition and Labor to support Centre Alliance Senator Rex Patrick’s calls to establish an inquiry into Australia’s relationship with China.

Labor and the Coalition subsequently voted against the motion.

“Someone who was supposedly cultivated by the Chinese government to run as a Liberal Party candidate in the Commonwealth Parliament has shown up dead,” she said.

“Nothing’s been proven but it’s really concerning… I think we all know what’s going on here.

“What is clear is that China is actively trying to reshape our democracy, and no-one seems to be talking about that seriously enough.”

Senator Lambie said successive governments on both sides of politics have allowed Australia to become too economically dependent on China, accusing the major parties of “selling off Australian values for a quick buck”.

“A third of Australian exports are China-bound, we ship out more than $120 billion in iron ore and coal exports to China and our universities, shame on them, rake in over $32 billion from international students,” she said.

She said they needed to “be brave” and pull back Australia’s reliance on China as a trading partner.

“All that money is making us complacent.”

Senator Lambie also praised the work of the New South Wales Independent Commission Against Corruption and pointed to recent revelations that Chinese billionaire Huang Xiangmo allegedly gave a senior NSW Labor Party official $100,000 in an Aldi bag as proof of its success.

“They have a strong anti-corruption commission that can proactively stamp out this stuff, and they have some of the best donation laws in the country, this is why New South Wales regulators were able to smell a rat,” she said.

“The fact is that there are basically no protections from stopping this happening at a federal level and not because there can’t be but because there’s no courage to make it happen.

“There’s no enforcement of the rules and there’s no follow-up if things look off.”