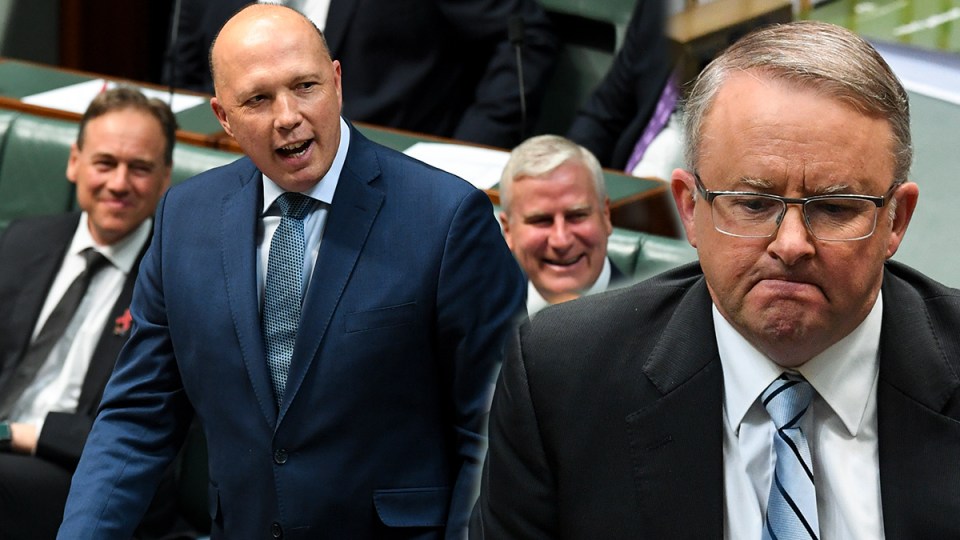 Peter Dutton has advised Anthony Albanese to follow his lead – and opt for the scalp shave. Photo: The New Daily

Australia’s baldest frontbencher Peter Dutton has accused Anthony Albanese of having “the full comb-over going on” as he described Labor as “serial offenders” for time-wasting political referrals to the police.

Defending Prime Minster Scott Morrison’s decision not to stand down Energy Minister Angus Taylor, Mr Dutton then turned his head to hair loss and the Labor leader on Sydney’s 2GB radio on Thursday.

“He’s got the full comb-over going on,” he said.

“Look mate, for better or worse, it is sad but I’ve had to accept my fate. I could’ve gone the Albo comb-over, I guess, but I decided to shave it off.

“Anyway, each to their own. We grow old somewhat gracefully. I turned 49 last week; I feel much older.”

Mr Dutton’s revelations then prompted a confession from 2GB presenter Ray Hadley that in his spare time he likes to sneak up behind random balding men and secretly photograph their combovers for personal entertainment.

“Don’t forget this is the ninth occasion Mark Dreyfus has referred somebody,” he said.

“Of the eight he’s referred, so far none of them have gone anywhere.”

Mr Dutton said it was “ridiculous” to suggest the Prime Minister had tried to influence the NSW Police investigation in Mr Taylor’s supposed use of a forged document to attack Sydney lord mayor Clover Moore.

“I think it’s entirely appropriate he called to get an update on what was happening, and the PM has a responsibility to decide whether or not he stands ministers aside,” Mr Dutton said.

“It was very clear he wanted to get that detail and he did it appropriately.”

Mr Dutton also refused to reveal Tasmanian senator Jacqui Lambie’s secret condition for her support for the medevac legislation, which is believed to involve settlement options in New Zealand.

“There are six people here who we are worried about and 10 on the way that, under the law, we have no ability to stop. They are people we, as a government, don’t want in our country.”