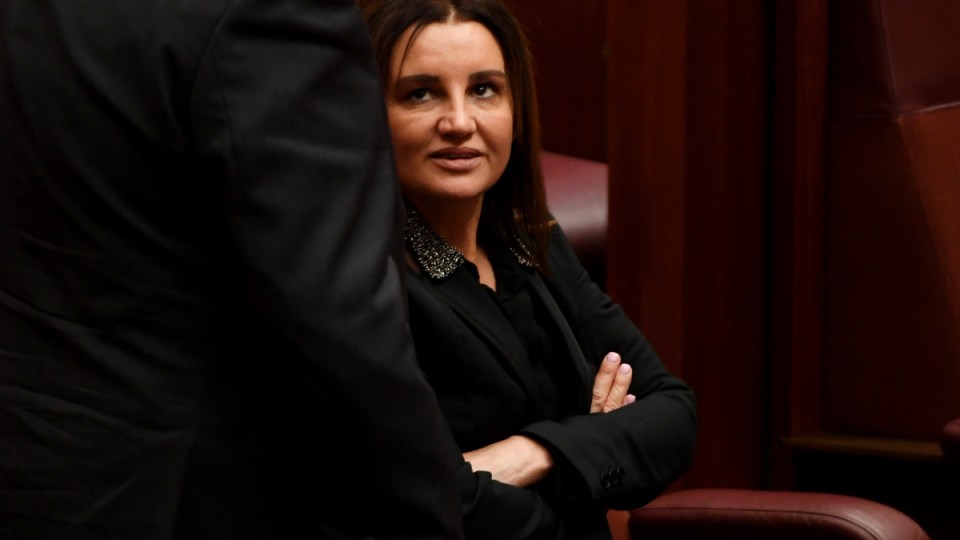 Jacquie Lambie says she will back the government's plan to repeal the medevac laws - with one condition. Photo: Getty

Independent Senator Jacqui Lambie has confirmed she will back the Coalition’s push to stop sick refugees being transferred to Australia.

But on one condition.

Just what she wants in return for supporting the medevac repeal, however, remains a mystery.

And it could stay that way, with discussions looking likely to remain behind closed doors for “national security” reasons.

Senator Lambie said on Wednesday afternoon that she thought “boat turnbacks work” and she supported the government’s position on Operation Sovereign Borders.

She added that she thought the presence of medevac did not undermine the government’s position, but recognised there were concerns about how the laws functioned.

In light of considerable community interest in my position on the Government’s legislation to repeal the Medevac provision, including the thousands of Australians who have petitioned me directly, I wish to outline my final position on the bill.#auspol pic.twitter.com/Ink1iBU4cn

Senator Lambie confirmed she had proposed a single condition in exchange for her support and that she believed it was within the “capacity” of the government to accept her request.

“If that condition is not met, I will oppose the repeal of medevac,” she said.

“I am of the firm and conclusive view that the continuing operation of the medevac provisions can not be disrupted without this condition being met. I will not entertain any alternative.”

The government is intending to put its medevac repeal bill to a vote in the Senate this week, and the outcome ultimately hinges on the Tasmanian independent.

On Sunday, she indicated she would enter into talks with Home Affairs Minister Peter Dutton to nut out a deal.

“Anything that’s got to do with humanity is always really, really difficult to have to take a vote on, so that’s why I’m taking a little bit longer than I know that many people would have hoped,” Senator Lambie said on Sunday.

She hinted that she would not give the government the full repeal it is seeking, but would agree to change parts of the way it works.

More than 150 refugees and asylum seekers have come to Australia under the medevac laws, which had been enacted against the federal government’s wishes.

On Tuesday, asylum seeker advocates presented a 51,000-strong petition to Parliament House to try to convince senators not to scrap the  evacuation laws.