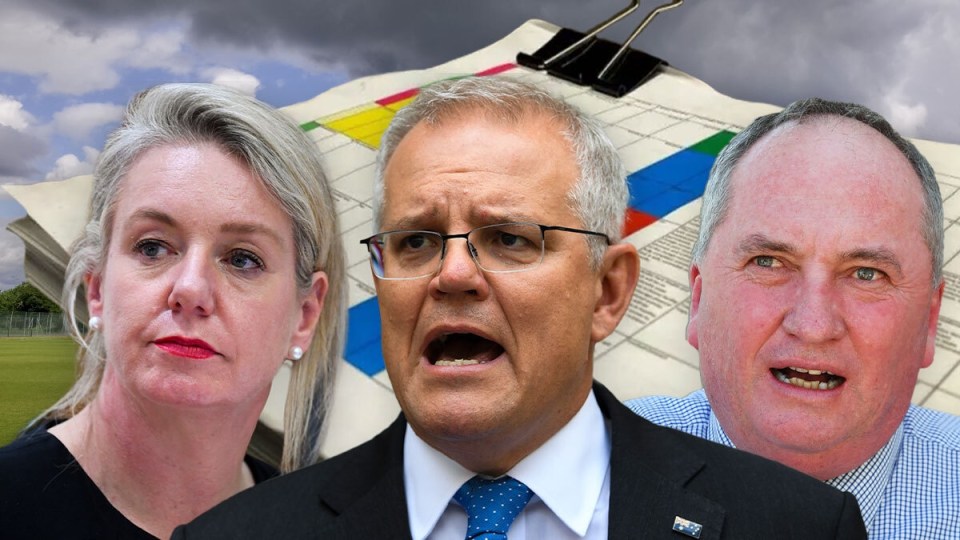 A New South Wales ICAC report finding that pork barrelling could be classed as corruption could put paid to a belief popular among some MPs that using public money for political purposes is normal practice, a leading expert says.

The Independent Commission Against Corruption report finds that any minister seeking to skew the distribution of grants schemes towards marginal seats or in favour of a certain political constituency may be behaving corruptly.

The findings are contained in the ICAC report on Operation Jersey, which investigates the distribution of public money to “targeted electors for partisan political purposes”.

Geoffrey Watson, the barrister who acted for the NSW Independent Commission Against Corruption in many famous inquiries, said political interventions in the distribution of money had long been considered potentially corrupt but the NSW report would remove doubt.

“It’s public money, not their money,” he said.

“If they are using it for a political purpose, rather than the purpose for which was set aside, it’s automatically a breach of public trust.”

Last week an audit report into the $1.1 billion Building Better Regions fund administered by the previous Coalition government found that National Party electorates received $100 million more than they would have had grants been distributed without political intervention.

Nationals MPs Barnaby Joyce and Michael McCormack were members of a ministerial panel able to override the recommended merit-based distribution of grants under the fund at their discretion.

In its analysis, the national audit office found some two-thirds of the applications approved for funding were not the “most meritorious”.

An extra $100 million of public money went to National Party seats than if recommendations had simply been followed.

Mr McCormack defended the fund and securing what he characterised as a fair share for regional Australia.

The ICAC took up the question of the definition of corruption after incidents such as former premier Gladys Berejiklian defending the massive skewing of a $250 million grant program to the benefit of Coalition electorates.

“At the highest level of our government, there were people justifying these (practices),” Mr Watson said.

“Deputy premier [John] Barilaro not only seemed to think there was nothing wrong with it, he thought it was a good thing and took pride in the fact that he was known as ‘pork Barilaro’.

“But if there was any doubt about it, this report by the ICAC is going to sort it out and put it all aside. We can try and get rid of this idea that you can just misuse public money for political purposes.”

Mr Watson said that the extent to which a federal anti-corruption commission takes on such behaviour will depend on the definition of corruption it uses.

“There are questions of degrees,” he said. “That just means that sometimes it’ll fall on one side, sometimes it will fall on the other.”

The government has committed to legislating a federal equivalent of the ICAC by year’s end.

Analysis of $3.9 billion in federal spending programs under the previous Coalition government by the Australia Institute found that 71 per cent of money was allocated to its own electorates.

Speaking at a Senate estimates hearing in November, former NSW auditor-general Tony Harris and Centre for Public Integrity chair and former judge Anthony Whealy agreed that the division of grants by a federal government car park fund would constitute “corruption” under state laws.

ICAC named five instances in which pork barrelling could lead to a minister being found corrupt under the state’s ICAC Act.

They included exercising influence on a public servant with decision-making powers on the merits of grants; creating a private advantage by carrying out a merit-based grants scheme in a dishonest way; using ministerial powers to approve grants for personal interest or; using a minister’s power to deliver grants to marginal electorates.